By joining this study, you could contribution to greater understanding of how low blood glucose affects our quality of life, an update by Susannah Hickling. 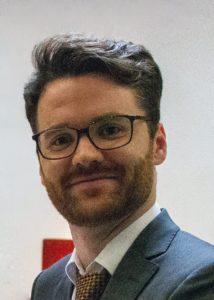 A research study that aims to improve understanding of the effect of hypoglycaemia on people living with insulin-treated diabetes is looking to recruit its last few participants.

The Hypo-METRICS (Hypoglycaemia: MEasurement, ThResholds and ImpaCtS) project is finalising the recruitment of 600 participants who have either Type 1 diabetes or Type 2 diabetes and who use insulin at least once a day. They should have had at least one hypo in the previous three months. In particular, the research team is still hoping at this stage to recruit just a few more participants with Type 1 who have normal awareness of hypoglycaemia, along with some more people with Type 2 who are on insulin. People using a closed loop system are not eligible. The Chief Investigator is Prof. Pratik Choudhary of the University of Leicester and King’s College London.

The study involves answering a short series of questions related to how hypoglycaemia may affect you via your smartphone several times a day for 10 weeks. At the same time, the researchers will use a Freestyle Libre 2 continuous glucose monitor (CGM) and a Fitbit Charge 4 activity monitor that will collect information about your sleep, activity and glucose levels.

Devices will be supplied to participants. You do not need to have used them before. The CGM data will be ‘blinded’, which means only the research team sees the data, not you, though you can have access to it at the end of the trial. But as researcher Dr Patrick Divilly, points out, “If someone is already using CGM, they can continue to use their current form of monitoring, and this would be an additional blinded sensor.”

Participants will be able to keep the Fitbit and will also receive a £100 voucher.

The results of this study will be used to create a new definition of hypoglycaemia using CGM, as well as determine the impact of hypos on people with diabetes, on their quality of life as well as the health-economic consequences of hypoglycaemia. This is an observational study, so there will be no changes to your diabetes treatment.

Detecting lows
Says Divilly, “By using CGM devices we have found that glucose levels can be low without the person being aware, but we don’t know if these undetected low glucose levels have an impact on their health or daily life. We will look at how long glucose needs to be below a certain level before people are likely to recognise it and intervene to treat it. We will also work out how periods of low glucose affect people’s sleep, mood, and work, and whether being able to recognise their hypos makes any difference to this.”

While there will be no direct medical benefit to anyone taking part in the study, Divilly believes there are two important reasons to take part. “Firstly, based on the current evidence, the definition of what a hypo is on CGM is only accurate 20-40% of the time. That’s not reflecting the experience of people living with diabetes, so this study is an opportunity for people living with diabetes to let us know and give us the input of what kind of duration and timeframe the sensor needs to be reading low for them to say, ‘This is what I think a hypo is.’

“The second part is that there’s a lot of evidence of the impact of severe hypoglycaemia when ambulances and hospitals are involved, but no one knows about the daily grind of having a hypo every other day when you’re at work or are trying to sleep, so this is a way for people with diabetes to tell the health service and researchers how these events affect them.”

For more information on the Hypo-REOLVE consortium and other research projects visit www.hypo-resolve.eu