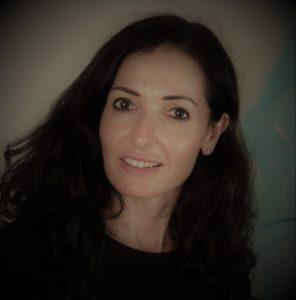 Researchers at King’s College London are stepping up recruitment of older people with Type 2 diabetes who take insulin, or their carers, for a study exploring their experiences.

Evidence of the experiences of older people with insulin use is limited. A systematic review undertaken as part of the study has revealed that psychological aspects of using insulin (anxiety, embarrassment) and physical factors, such as the side effects of treatment (potential hypoglycaemia) and reaction to insulin administration, are problematic for older people.

The researchers believe it is important to gain a better understanding of the challenges they encounter in order to improve services. “We are looking for people, or their informal carers, who are aged 70 or over, diagnosed with Type 2 diabetes and have been on insulin treatment for the past six to 48 months”, says researcher Chaya Langerman.

Type 2 diabetes is common in older people, affecting approximately 20% of those aged 65–79 (94m people) worldwide. Managing blood glucose levels can be challenging due to changes in physical function, psychological health and cognitive function. Older people may also become more dependent on social support to help them with their diabetes self-management, including taking medications, managing their diet and monitoring blood glucose levels.

Given the progressive nature of diabetes, a significant proportion of older people with Type 2 diabetes require insulin therapy to help regulate their blood glucose levels and reduce the risks associated with hyperglycaemia. But there are often specific challenges in the management of insulin and using it safely in this age group, including difficulty in administering insulin accurately. Self-care can increase the risk of poor adherence, medication errors, hypoglycaemia and hyperglycaemia.

When initiating insulin treatment in older people, doctors should consider any other health issues they may have, the functional ability to administer insulin and monitor blood glucose, and appropriate treatment goal-setting, as well as support for their carers.

Gathering the experiences of insulin treatment from older people and their informal carers – such as family, partners and close friends – will inform the development of new interventions in designing and delivering services. These would aim to reduce the hazards associated with insulin use in this patient group and support them more effectively. The study is based on recorded one-hour-long individual interviews, which will take place over the phone or face-to-face or virtually, if possible, and be collated in a “trigger film” (information film) to show to clinicians, though participants are under no obligation to be included in the film.

Chaya Langerman stresses that the interview will be straightforward and the information gathered will be anonymous. “It’s a narrative interview,” she says. “There are no challenging questions. Participants tell me their experiences and I listen.”

Those interested in participating will receive an information pack (covering letter, participant information sheet, consent forms for participation in the study and for film release).

Participants will also receive a £20 Love Shopping voucher, and any travel expenses will be reimbursed.

To more information and to take part, email Chaya.langerman@kcl.ac.uk