Vanessa Haydock has been living for 25 years with Type 1 diabetes. Based near Preston in Lancashire, she is a behaviour analyst, a body trainer, and habit changer. 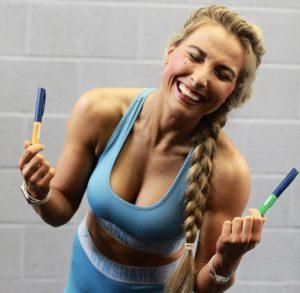 Diagnosed as a child, Haydock remembers that parents helped her out a lot and recalls, “My mum was very organised, always giving me snack boxes and coming into school to give me an injection a lunchtime.” Then she hit her teens when she became more independent but didn’t know anyone else with diabetes. She experienced ‘diabetes burnout’, which for her meant that she’d ‘had enough’; she was lying to her family and friends about her control and was fundamentally in denial about having the condition.

At the age of 18 she was told that her eyes had developed signs of diabetic retinopathy and maculopathy. She says “I realised I had to change. I started to test my blood again, go back to carb counting, and noted down what I ate as well as my insulin doses. I could then start to see patterns. I also begin to talk about it more, finding local groups which really helped me to know that I was not alone.”

In 2012, Haydock’s HbA1c was 10%, now it’s 5.4% and she’s set up her own business as The Diabetic Health Coach, helping other people with diabetes like herself, meet their health and fitness goals. So, she made changes back in her late teens and has improved her control ever since.  “I certainly feel that finding peer support has had a hugely positive effect on me. I had to learn not to be ashamed of my diabetes or to hide it,and now it has given me my purpose – to help and support others,” says Haydock.

Having helped to run the peer support section of Diabetes UK’s forum, that’s where she first read about the FreeStyle Libre. Now she says, “The FreeStyle Libre sensor has been very liberating, giving me the ability to visually see my glucose levels whenever I want. I definitely believe in showing off my sensor – why would I hide it, I love it!”

Even so, she’s aware of the impact diabetes has had on her mental health, whereby she highlights, “I would say that I suffer from anxiety about my health. In the past I even had panic attacks, as well as general low mood due to having too high or too low blood glucose levels. However, I’ve found that wearing a sensor really puts me at ease. Diabetes is a huge part of my life, so I try to focus on the positives – I’m organised, disciplined, and motivated to help others with diabetes to be more health aware.” 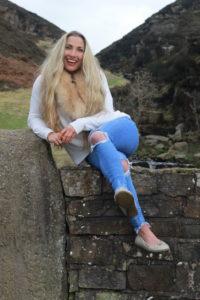 Coach works
So much so that she’s opened her own coaching business because she knows what it’s like to have diabetes and the unique challenges it poses when it comes to undertaking exercise. “Living with diabetes is a full-time job, no wonder we have problems,” she says, “But I do feel you need to own your diabetes. I have studied psychology at degree level and a behaviour analyst myself, so I know how important psychological support is for those with diabetes – after all life can be hard enough, then throw in diabetes…. I’d say that diabetes is nearly always on my mind. You know, you can have a day when you do everything right and you can still end up with a high blood glucose. At times as a teen, I thought, what’s the point? The fact is that high readings punish all our hard work. Things can be tough, but we all need to work on healthy behaviours. However, one size does not fit all ­– there’s no ‘silver bullet’ that will fix each of our problems, it’s important to find whatever works for you. Personally, I don’t think you should overwhelm yourself by taking on too much at once, it’s better to make small changes and take small steps.”

While Haydock focuses on coaching people with and without diabetes, she estimates that about 90% of her clients do have it. Of the questions Haydock is often queried about, she says, “I’m often asked about whether I follow a low-carb diet, but I’m not a dietician. I mix high-carb and low-carb meals as I see fit, but it’s important that it needs to be something you can maintain and which works for you –I was also asked, what would you tell teenage Vanessa? In response I wrote a letter to my 16-year-old self, which is on my website. Put simply, I said that in the long run, diabetes has actually made me really healthy and I’m happy that I can now help other people living with the same condition.”