Closed loop insulin delivery, an overview by Dr Mark Evans of the University of Cambridge’s Institute of Metabolic Science

We probed the mind of Dr Mark Evans about currently available hybrid closed loops systems as well as what’s likely to come our way in the near future to improve them further. 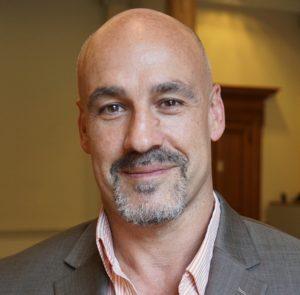 Dr Mark Evans is a Reader in Diabetic Medicine in the University of Cambridge’s Institute of Metabolic Science and an Honorary Consultant Physician in Cambridge University (Addenbrookes) Hospitals. He has a clinical and academic interest in Type 1 diabetes, technology, structured education and hypoglycaemia. He has been in Cambridge for two decades and refers to the last one as the ‘data download decade.’  This relates not only to data from blood test meters but pumps too, then more recently CGM and flash glucose monitors as well. Data downloading has been facilitated via software such as Carelink (Medtronic), Clarity (Dexcom), LibreView (Abbott) as well as via ‘manufacturer agnostic’ apps, such as mySugr, mylife, Glooko-Diasend and Tidepool (which Evans describes as ‘beautiful’).

Now, the game has changed again with progress in closed loop systems, where a sensor delivers data to an algorithm in an insulin pump, from which the pump can be automated to deliver insulin if needed in response to a high glucose reading (or suspended if it’s going low). Evans says, “We are the only country in the world which currently has four commercial closed-loop systems available. At this stage, users still need to input information, hence these systems are referred to as being ‘semi-automated’ or ‘hybrid’. They do need accurate and timely bolusing around meal times. Maybe in the future they will not need that input, maybe the algorithms and ‘kit’ will take the user out of the equation. As it stands, between the clinician and the user, they have to set targets (Medtronic excluded), set insulin/carb ratio, and set active insulin time. Then the user, on a daily basis, needs to carb count and manually enter those values throughout the day. Some systems require the sensor to be calibrated up to three times a day, there’s also regular changing of infusion sets, sensors and batteries, as needed. We call this ‘housekeeping’. The users need to also be aware of the limitations of the systems; for example, in times of illness or when undertaking heavy exercise.”

Fast track
Hopefully the current systems can be further improved in the future, maybe by needing few, or zero calibrations, being more accurate or through advances in insulin. For some people with diabetes, they would want insulin that works faster; for other people with diabetes it might be a longer-acting insulin that they would benefit from, maybe a background insulin that only needs injecting on a weekly basis. There may also be a use or need for other insulins, which may be oral or inhaled.

Implementing new technology does come with its own challenges. Notes Evans, “It seems that getting a CE Mark is not that hard; it’s a relatively low bar. From that point on, it’s a matter of upscaling production and of quality control. At which point it can be said that this is not always great.”

So then we asked, what’s coming down the pike in terms of other advances in closed-looping, Evans responded, “Coming soon from Insulet is the Omnipod Horizon (sometimes referred to as Omnipod 5), which is likely to be integrated with the Libre 3 sensor, which is not available in the UK yet. Medtronic is continuing to move towards a ’personalised closed-loop’ system that responds to each individual user. Tandem is rumoured to be developing a pump called the T-sport, which has no screen on the pump and is expected to integrated with the Libre 3 sensor. Ypsomed is due to integrate with Dexcom CGM, but as far as is known, only in the US, using the company’s Ypsopump. Beta Bionics continues to work on a bi-hormonal pump, which will include the ability to infuse glucagon* from the system if someone is going low, which means they will not have to rely on having ‘rescue carbs’ always to hand. Eli Lilly is developing an insulin pump for long-acting insulin, which will just be a round, screen-less device that can be set to deliver over the period of a week or so and needs no user involvement once it’s on. Meanwhile Roche is working with two other systems namely Diabeloop and Type Zero which are both algorithms.”

The DIY-ers
Then those are those enterprising souls who are operating off-licence, setting up their own systems involving the same items: a CGM sensor, an algorithm and an insulin pump. It is estimated that about 300-400 people in the UK are currently using DIY APS, at the moment, but Evans admits that, “To an extent DIY APS is somewhat off the grid.”

Despite all this tech, Evans feels that the biggest impact for Type I diabetes for adults in the last 20 years has in fact been structured education programmes. The year 2020 saw 20 years of DAFNE (an education course based on Dose Adjustment For Normal Eating). There is also a virtual, free ‘Bertie’ course. He says, “I’m extremely pro-DAFNE. Whether using technology or not, it really helps to understand how insulin works and how your body reacts to different challenges. Tech has moved on immensely, and continues to do so, but human contact is still vital for most of us.”