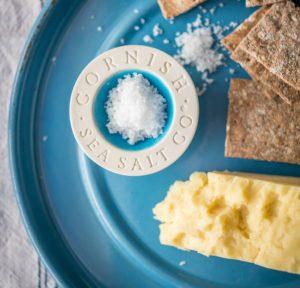 Researchers at Action on Salt are calling for a restriction on the use of misleading nutrition claims following new data, which reveals that some seemingly ‘healthy’ snacks are saltier than the concentration of seawater and could be sabotaging our health. In an analysis of 118 snacks, including dried/roasted pulses and processed pulse snacks (lentil curls, chickpea chips and puffs), which are often perceived as ‘healthy alternatives’ to the usual snacking options, such as crisps and flavoured nuts, the findings raise concerns among experts. While these products are on average lower in fat, saturated fat and calories, and higher in fibre compared to standard crisps and flavoured nuts, over one in three (43%) are also high in salt (more than 1.5g/100g) – a forgotten ingredient that raises blood pressure increases the risk of strokes and heart attacks.

The saltiest product surveyed is Eat Real Hummus Chilli & Lemon Flavoured Chips with 3.6g/100g salt, and over 1g salt in a single suggested serve (28g) – more salt than two bags of McDonald’s small French fries. Among dried/roasted pulses, corn style snacks were, on average, the saltiest at 1.85g/100g and more salt than salted peanuts. The saltiest dried pulse snacks surveyed are Love Corn Salt & Vinegar and Love Corn Habanero Chilli, with 2.8g/100g salt – saltier than the concentration of seawater. Just one 45g serve of either of these snacks (1.3g salt) would provide over a fifth of our maximum daily salt intake and more salt than three-and-a-half bags of Walkers Ready Salted crisps.

Despite more than half (55%) of the products surveyed being high in fat, salt and/or sugar (HFSS), most products do not display colour-coded nutrition information on the front of the pack as per government guidance. Instead, most products feature on-pack nutrition claims, which, while legal, mislead consumers by creating a distorted ‘health halo’ and discouraging shoppers from scrutinising the ingredients more thoroughly. As many as 81% of snacks surveyed include a nutrient-based claim on the pack (e.g. ‘x kcal per serving’ ‘Less fat’, ‘No added sugar’, ‘Source/High in fibre/protein’), and almost all (95%) include claims such as ‘Gluten free’, ‘Vegan’, ‘All natural’ and ‘No artificial preservatives’.

One in three snacks surveyed also specify the use of sea salt, which is often perceived as healthier than standard salt, but in fact, research has shown they all contain the same sodium levels. What’s more, the Government recently announced plans to restrict the promotion of some unhealthy food (i.e. only foods which fall under the current sugar and calorie reduction programmes), yet it is not clear whether these snacks will be included in the programme – even though half (55%) of these seemingly healthier products are HFSS. To ensure salt levels are reduced across all products, including so-called’ healthy’ snacks, Action on Salt urges ministers to announce Public Health England’s successor to take on their vital salt reduction work.

Be in no doubt, our bodies do need salt, it’s the amount that’s in question and how it’s being mis-labelled on some products.