To unpack the acronym, DIY APS stands for do-it-yourself artificial pancreas system. This is an overview of some of the pros and cons of adopting one of these systems, both for users and their care teams. By Tom Crabtree, a researcher funded by the Association of British Clinical Diabetologists (ABCD) based at Royal Derby Hospital. 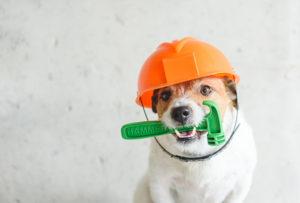 “The fact that it is referred to as DIY tells of its grass roots growth. However, the fact that these specific set-ups are not found via the usual routes means that there are potential concerns about the ethical and medico-legal implications of their use. To be clear, DIY APS and closed-loop systems are incredibly similar, in some cases the same, but the latter is commercial from right out of the box.

Whatever you call it, these systems usually involve a pump (to put the insulin in), a sensor (to check blood glucose) and an algorithm (that decides less, more, stop or same in terms of insulin delivery). There may be an additional device, such as a smartphone / other reader, or PDM (personal diabetes manager). The fact that there are so many interconnected components is why it’s called a system.

The NHS does support closed-loop systems if they are available on the NHS. Increasingly, however, we are finding that HCP’s in the diabetes sector are realising that patients coming who have rigged up their own DIY APS still need support. Data from clinical trials is usually how systems can be ‘rubber-stamped’, but these take time. Subsequent steps are needed for regulatory approval, a process we are all likely more aware of in the era of Covid vaccines. Once this has been achieved, guidelines on the use of new devices are issued to HCPs and eventually, once any funding issues are resolved, it will make it into the hands of users. Further data on safety continues to be collected and any incidents are reported widely to raise awareness and improve safety. 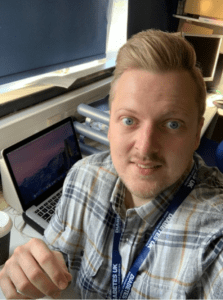 We estimate potentially around 3000-5000 DIY APS users globally, so why would they be doing this this if these systems are becoming available commercially? This routes back an online campaign that went under the hashtag ‘#wearenotwaiting’. Big companies can take a long time to get devices and software platforms through trials and to get passed by the FDA and gain CE accreditation in Europe – with just a few of the many steps highlighted above. People who were really concerned about either their own diabetes or – in many instances – those who had children with diabetes, and who also had software and coding experience who realized that they shouldn’t/didn’t have to wait to get better control and peace of mind. The idea that it was ‘unsafe’ was countered by the fact that having diabetes and injecting a potentially lethal drug was inherently unsafe in some situations. There is always risk.

What we have been seeing is people with diabetes directing their own care, which is what we’ve been asking them to do for decades: check your blood glucose, count carbs, decide a dose based on these factors plus anticipated activity.

DIY APS users tend to have moderately improved glycaemic outcomes, but more than that, what they report is a significant and, in some cases, drastically improved quality of life. They were using algorithms as a support for decision-making, not spending all their time calculating carbs, insulin ratios and so on – like any closed-loop system, it automated some of the endless calculations and decision-making.

What is involved with building a DIY APS system? There are three commonly encountered systems: Loop, Android APS and OpenAPS. Which one is used is often dictated by the availability of the constituent parts. Put simply, you have to ‘cherry-pick’ parts of the system based on what bits of the system you already have. For an Android APS: a FreeStyle Libre can be turned into a CGM to collect data using a MiaoMiao attachment which then feeds data into Nightscout. This data can be entered into the algorithm, held within the Android APS app (which has to be built, but with readily available codes). This algorithm will then bear the brunt of decision making so long as it knows your settings – you basal rates, sensitivity factors and carbohydrate ratios. Changes in insulin delivery rates will be communicated to the pump – pump availability also dictating which of the three systems can be created. It can even deal with meals to an extent, as it can detect larger than expected increases in blood glucose and given incredibly small boluses to correct as you go along. Of the three systems, Android APS provides a degree of education with built in gateways users must pass through to fully understand the system and their settings before more advanced features can be unlocked – in many ways this may make it safer than the other two.

Medico-legal
So how do we weigh all this up, for users and their care teams? We just have to keep considering what is taking place, then see how we can adapt the system to support everyone in the NHS’s care. Quality-of-life should not be ignored. It can include simple things, like the need to get a decent night’s sleep, not having to worry about not waking up if you have a night-time hypo, and not having alarms go off all the time.

Then again, there is a medico-legal ‘grey area’ as do-it-yourself systems are unregulated, and unapproved. But DIY APS systems are, overall, proving to be safe amongst the current cohort of users. On the other hand, current users tend to be incredibly driven – it remains to be seen how the risks might change with lest fastidious users. DIY APS characteristics of successful users are: they are well educated; they put in a lot of effort in their diabetes care; their HbA1c results don’t change that much but they do gain an increased time in range and increased sense of improved quality of life. They also tend also to have the technical and financial ability to initiate DIY APS.

Much of the uptake of these systems has been social media-driven with really significant amounts of peer support ­– the diabetes online community supporting each other.

It does have to be said that other than there being no obvious danger that we can isolate, and outcomes seem to be excellent, in the main all we have to go on at the moment is self-reported information from a self-selecting population. Work is underway to verify these results – observational studies are underway at the moment. One being ran in the UK, the ABCD DIY APS Audit, and the other, the OPEN study, underway in Europe.

What diabetes care teams in the NHS are concerned about it is, are they responsible if something goes wrong? That has to be balanced with the people with diabetes who are using such systems being concerned that they are not being supported by their NHS care team. It is likely, from what I can see, that some people with diabetes could do very well on DIY APS, but as things stand HCPs can’t suggest it to those people. But, we will support users as best we can. Do not be afraid of telling us about using these systems – we are here to help and it should not impact on the care you receive.

Your own risk
As it is, the people who use these systems at their own risk, but are they at any more risk than from any other form of insulin dosing? Most people with diabetes will do a blood test, estimate carbs, then do an insulin dose with a pen or syringe, then not check again until their next meal unless they ‘feel funny’ and do a blood test to check what’s going on. Whether that is better or worse depends on the individual. Not everyone wants to have to be minutely involved in their diabetes. So long as it trots along OK, there’s no need to change what they are doing.

However, I would say that diabetes care teams need to consider the upcoming wave the rising-18 young adults who will be moving into adult clinic who are already on pumps with CGM. There’s no more hiding for HCPs – you’ve got to know about this stuff! Noted: the sheer volume of technology in diabetes services today. A working knowledge of a considerable amount of technology is required in standard care now.