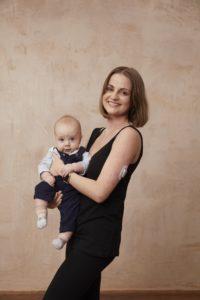 A violinist by trade, Olivia Holland was diagnosed with Type 1 diabetes at the age of 17, ten years ago. At the time, she was studying for her A-levels whilst also auditioning for entrance to music college. She’d been getting very thirsty and, during her mock exams, was drinking a 2L bottle of water per paper. She recalls it all being very disruptive and commenting to her mother, ‘I don’t think I am well and with my symptoms could this be Type 1 diabetes?’

She says, “I had a recital to attend on a specific Tuesday afternoon but had made a doctor’s appointment for the morning. He did blood stick test and told me to go straight to hospital. I spent a few days there and, although the diagnosis was unexpected, it was actually great not to be so thirsty anymore. I left hospital with a couple of insulin pens, some Levemir and Novo Rapid insulin, having been shown basic carb counting. And then I went back a week later for a follow-up appointment.”

Along with the insulin and pens, she was also given an Accu-Chek Aviva Expert blood glucose monitor. “I remember it well. If you inputted your blood test and your carbs it gave a bonus recommendation which is very helpful and avoided me having to do all the maths myself. Later I moved on to the Freestyle Optium Mio, which was a bit smaller, and which I still use now.”

Unfortunately, Holland was one of us who had trouble getting the blood test strips she used from her HCP. She says, “I’d had a bit of an issue with the local diabetes nurse when I lived in Peckham. She said I couldn’t have the test strips for that meter, instead I was given a more basic machine and my prescription was changed. However, shortly after that I was referred up to King’s College Hospital where I was told I was entitled to have the machine that I preferred and, after a little bit of a fight, I was able to change my prescription back. I did find it quite distressing, and I consider myself somebody quite able to defend myself.” 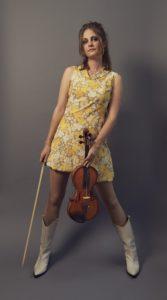 Gifted
Also like many of us, getting a new bit of diabetes kit is sometimes down to the generosity of people who can afford to buy it for them. Says Holland, “One Christmas I was given a starter pack of FreeStyle Libre sensors. From that point on I had irregular use of these, due to them being given as gifts for birthdays and Christmas. However, as soon as I became pregnant I self-funded myself to use them uninterrupted and have never looked back. Because I’d already used Libre, I was used to seeing continuous data – in fact I was really grateful for it. Likewise, although the alarms can seem annoying, they are there for a purpose. One way or another, I found it very easy to get used to.”

What about performing, how does that work with diabetes control? “With the Libre, I simply used the original handheld device; I didn’t use the Smartphone app when it became available, as I couldn’t see how I would play the violin and perform while looking at my phone all the time. Even on silent, it would vibrate and would be heard. In order to go on stage, I’d check my levels before I went on and if it was low-ish I have some sweeties. That might mean I’d come off stage a bit high, but I’d get through the performance. I still use insulin pens for multiple daily injections (MDI). As part of my work I am often performing in TV studios where there can be an awful lot of wires, I just found a tubed pump didn’t appeal. I thought I’d snag it or somehow come a cropper!”

Back to babies and pregnancies, Holland has some happy news. “Using Dexcom, I found my pregnancy with Barnaby manageable,” she explains, “The G6 lets you see the direction of travel as well as patterns, which means you can attempt to achieve greater control – a finer balance using insulin. The first trimester is when you are a little more likely to have hypos. By the second trimester it is plainer sailing, with less insulin required – or so I found. I just ate small snacks if I went low. The third trimester was a bit trickier and at that point I found it really useful to have a CGM sensor. At this stage, you can’t really wait for several days in order to see a pattern emerge, you have to act faster. Now I’m pregnant again and this time I’m experiencing slightly more highs than I did before, but that’s possibly because I’m also looking after Barnaby at the same time – when I was pregnant with him, that was all I was concentrating on.” 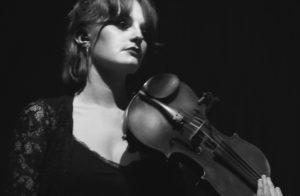 Scaled back
So the big question then becomes, how was the birth? “For Barnaby’s birth I refused to go on a ‘sliding scale’ which was standard practice at the hospital,” says Holland, “but my Type 1 team was amazing, my doctor was both a genius and a miracle worker. Apparently, I was one of the first women on MDI not to have a sliding scale* for giving birth. Throughout the delivery myself and my partner controlled my sugars. In the early stages I was a bit low and was snacking, then in the later stages I needed a few units of insulin.”

After Barnaby was born, his mum embarked on five months of breastfeeding. CGM funding for pregnancy sensibly continues for the first three months after birth, which can be a very challenging time with hormone levels changing, sleepless nights and all that looking after a new baby entails. Holland says, “It was an added reassurance to have the funding for Dexcom for the first three months after his birth. I did experience quite a lot of weird hypos out of the blue. I did have a break from Dexcom due to the NHS funding running out. I had a small break as, for a while, it had been quite intense. Then we decided to try for a second baby after the pandemic began, essentially due to the collapse of the music industry – there were no performances,  no work. We thought we may as well extend the maternity experience while we have the opportunity.”

Holland has since moved out of London to Hastings on the East Sussex coast. She continues, “I have had Dexcom funding approved again for this pregnancy although I now attend a different hospital, in fact the same one that I was in when I was diagnosed ten years ago.  I was the first person at that hospital to have Dexcom approved for pregnancy, so I have been part of getting it rolling at that centre. So far I’ve not had any hypos with this pregnancy, and I’m now past the first trimester. Dexcom remains amazing and it helps that I’ve been through a pregnancy already. The second time around is a bit less scary as I’ve done it before, and it turned out really well the first time!”