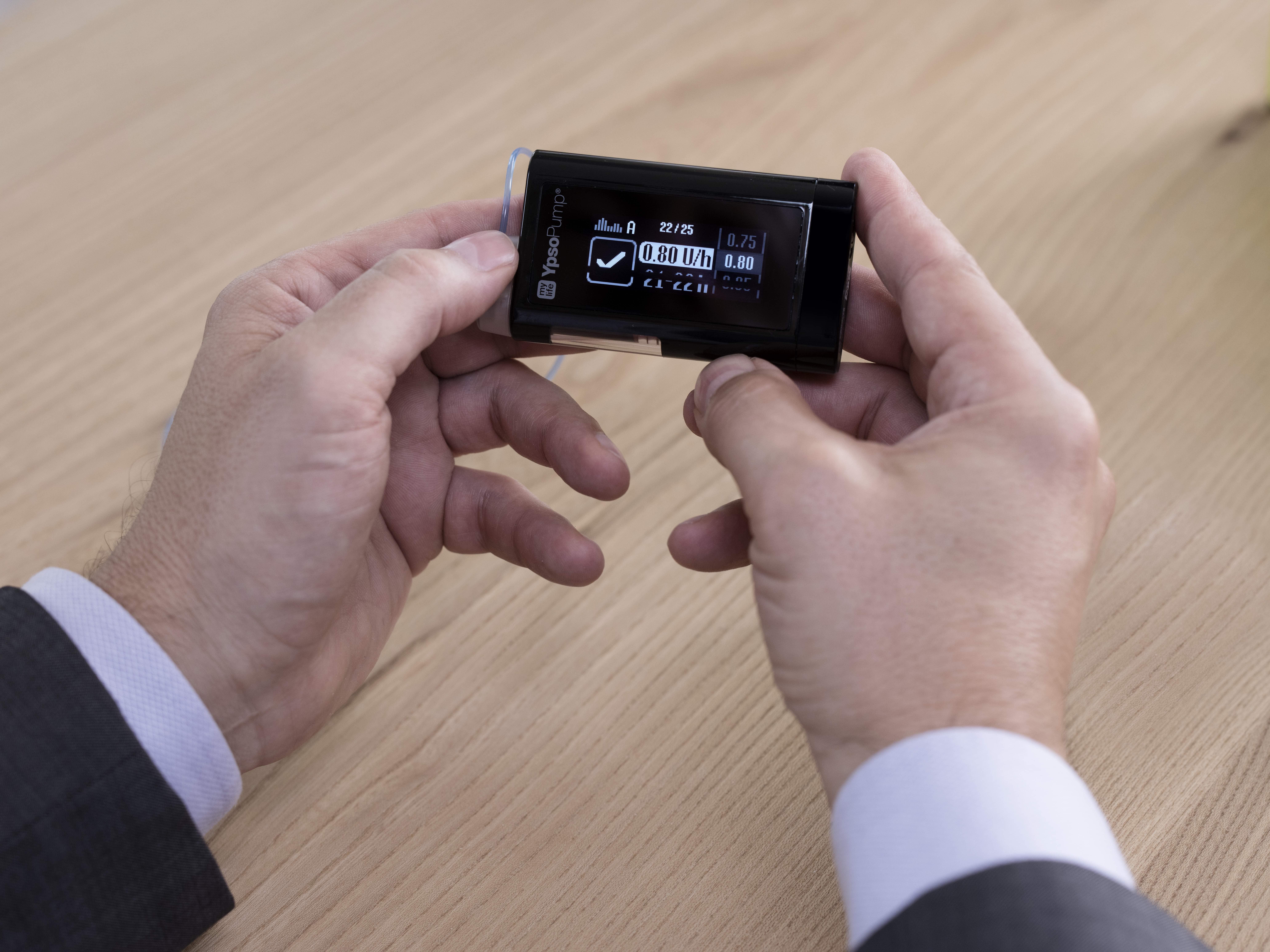 Eli Lilly, one of the Big Three insulin makers that’s had its eyes on diabetes technology for several years, is making moves to launch a new insulin pump and automated insulin delivery (AID) system in the United States.

This is not the proprietary pump that Lilly’s diabetes division had been co-developing for several years alongside its connected insulin pen. Rather, Lilly has scrapped that project and announced a new collaboration with Switzerland-based Ypsomed, which already markets a unique, ultra-thin icon-driven insulin pump outside the U.S.

The deal grants Lilly exclusive rights to commercialize the YpsoPump in the U.S. once the latest model is submitted and approved by the Food and Drug Administration (FDA). It also sets the stage for a future smartphone-based AID system combining the YpsoPump with the Dexcom CGM (continuous glucose monitor) via a controlling algorithm that automates insulin dosing.

“This is the first in-depth technical cooperation between an insulin pump manufacturer and a pure insulin company,” said Thomas Kutt, head of investor relations for Ypsomed Holdings AG in Switzerland. “There is a lot of potential to improve and advance technology that is sustainable for people with diabetes.”

Back in the 1980s Ypsomed developed and launched the Disetronic H-Tron — one of the first insulin pumps ever available — alongside the initial Minimed pump that was later acquired by Medtronic. Disetronic was discontinued in 2003 after it was sold to Roche, and that insulin pump evolved into the Accu-Chek Spirit pump. Ypsomed launched its own mylife YpsoPump in 2016. That is now available in more than 20 countries outside the U.S.

Compact solution
YpsoPump uses traditional tubing but is compact and flexible to use. About the size of a standard business card, it weighs 83g (including a full reservoir and batteries). It uses a 1.6 mL (160 units) glass cartridge insulin reservoir that can accommodate either a self-filled cartridge with any leading insulin brand or a prefilled cartridge of NovoRapid.

Based on the Dexcom integration announced in May 2020, Ypsomed plans to tie CGM data into the mylife mobile app (called mylife Assist) for quick-glance info and decision-making. This is planned for the first half of 2021, outside the US. With CGM data already on board, Ypsomed plans to launch a bolus calculator function and remote bolusing from the smartphone app in late 2021, called mylife Dose. To date, FDA regulators have not yet allowed this functionality on any devices in the US.

YpsoLoop would be an additional closed loop functionality offered by Ypsomed, separate from what is now in development with Lilly. The company tells us they have not yet decided on which smart algorithm might be used, but they have many options to consider, including Dexcom’s own TypeZero algorithm. While both Assist and Dose are planned for 2021, the YpsoLoop system isn’t planned until mid-2023 at the earliest.

Single solution
Ypsomed has confirmed that part of its agreement with Lilly for US distribution is to offer the new system compatible with Lilly-brand insulins only with no plans to offer compatibility with other insulin products in the future. Lilly communications manager Maggie Pfeiffer said they’re working with Ypsomed to develop 1.6 mL cartridges for Lilly’s rapid-acting insulins that will be compatible with the new YpsoPump-based AID system.

For more informaiton on YpsoMed in the UK, CLICK HERE.

Exerts from an article by Mike Hoskins for Healthline.