FreeStyle Libre 3 gets CE Mark for distribution in Europe 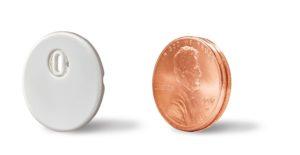 Abbott has secured CE Mark (Conformité Européenne) for its next-generation FreeStyle Libre 3 system, which is now approved for use by people living with diabetes in Europe. The FreeStyle Libre 3 technology provides continuous, real-time glucose readings automatically delivered to smartphones every minute, offering unsurpassed 14-day accuracy in the smallest and thinnest sensor design at the same affordable price as previous versions of the device.

This news item is from supplied press information. Please read through to the end to get an update on FreeStyle Libre 2 in the UK.

Jared Watkin, senior vice president, Diabetes Care, Abbott, comments: “Abbott won’t stop innovating when there’s room to raise the bar. We’ve done that again with FreeStyle Libre 3, the smallest sensor that delivers life-changing benefits and best-in-class accuracy. People living with diabetes are at the centre of our design process, and we made our next-generation technology even more discreet for a better user experience to make managing diabetes as easy and seamless as possible.”

The sensor is easy to apply with a one-piece applicator and is worn on the back of the upper arm, eliminating the need for painful fingersticks to view glucose levels. The FreeStyle Libre 3 system will be priced the same as previous generations of the device. “Since we launched the first disposable glucose sensor in 2014, we’ve always believed all people with diabetes should have access to high-quality, accurate and affordable diabetes technologies,” continues Watkin. “We built our FreeStyle Libre family of products to deliver unparalleled results at a lower cost than any other CGM available.”

In addition to the sensor, the system includes the FreeStyle Libre 3 mobile app, which is designed to enable users to capture and view their real-time glucose levels, glucose history and trend arrows showing how their glucose is changing with just a glance at their smartphone. Abbott designed its next-generation FreeStyle Libre 3 system to be more sustainable for the environment with a smaller and more discreet sensor, reducing the total volume by more than 70%. With a 41% reduction in plastic use and 43% reduction in carton paper, the new sensor design aligns with the company’s commitment to sustainability.

What happened to 2?
Abbott is launching the FreeStyle Libre 3 system in Europe in the coming months. Many might be wondering what’s’ happened to FreeStyle Libre 2. Abbott has confirmed that its focus in the UK remains on delivering FreeStyle Libre 2 and is working closely with NHS England on the UK launch of 2. It is making good progress, but it is a process which has been slowed due to the pandemic. The company wants to make its current sensor technology available to as many people as possible.

FreeStyle Libre was the first version of the wildly successful Flash glucose monitor from Abbot. It’s the model currently available in the UK. It does not have alarms but when scanned it does show trends, such as trending high (or low). It is not clear if this version will remain available. It’s gained great support from users by being easy to use and as not everyone wants to have alarms. At this point there is no news that this will be discontinued.

FreeStyle Libre 2 includes optional alarms. This has been available in some markets in Europe. Although is not yet available in the UK, it is hoped that will change before the end of 2020 following negotiations with NHS England. The wearer still has to scan the sensor either with the Libre reader or via smartphone app. This model can give alarms and alerts via its Bluetooth technology so long as the sensor, reader or phone are in range. These alarms will sound without scanning the sensor (including an ‘out of range’ alert). There are thresholds set for high and low alerts and alarms, with some degree of personalisation possible. Whether or not this will be at the same price in the UK is not yet known, that is part of the ongoing discussions with NHS England.

FreeStyle Libre 3 this will be a smaller, thinner sensor complete with full ‘bells and whistles’, a full CGM system that transmits continual blood glucose data to a choice of Libre’s associated app on a smartphone. It will be on the same ‘ecosystem’, the FreeStyle LibreLink app, the LibreLinkUp app which shares data with parents, partners or carers and HCPs, and LibreView (for PC). It is also a ‘greener’ product with less unrecyclable packing used. 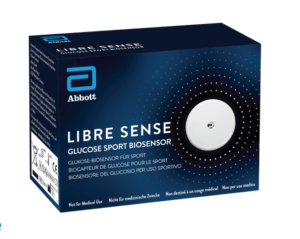 Libre Sense, also newly available, this is a version of the FreeStyle Libre sensor aimed at sports people (and some other subsets), not people with diabetes. The idea is it will help athletes and other sporting folks to maximise their ‘fuelling’ in order to achieve a greater performance. It will not be on prescription but be available for sale to those who are interested in using it to find out what their blood glucose profile is while they are training and competing.

For the full press release including all clinical trial references click this link: http://bit.ly/FSL3_Oct2020

For more on the original FreeStyle Libre sensor, visit www.freestylelibre.co.uk