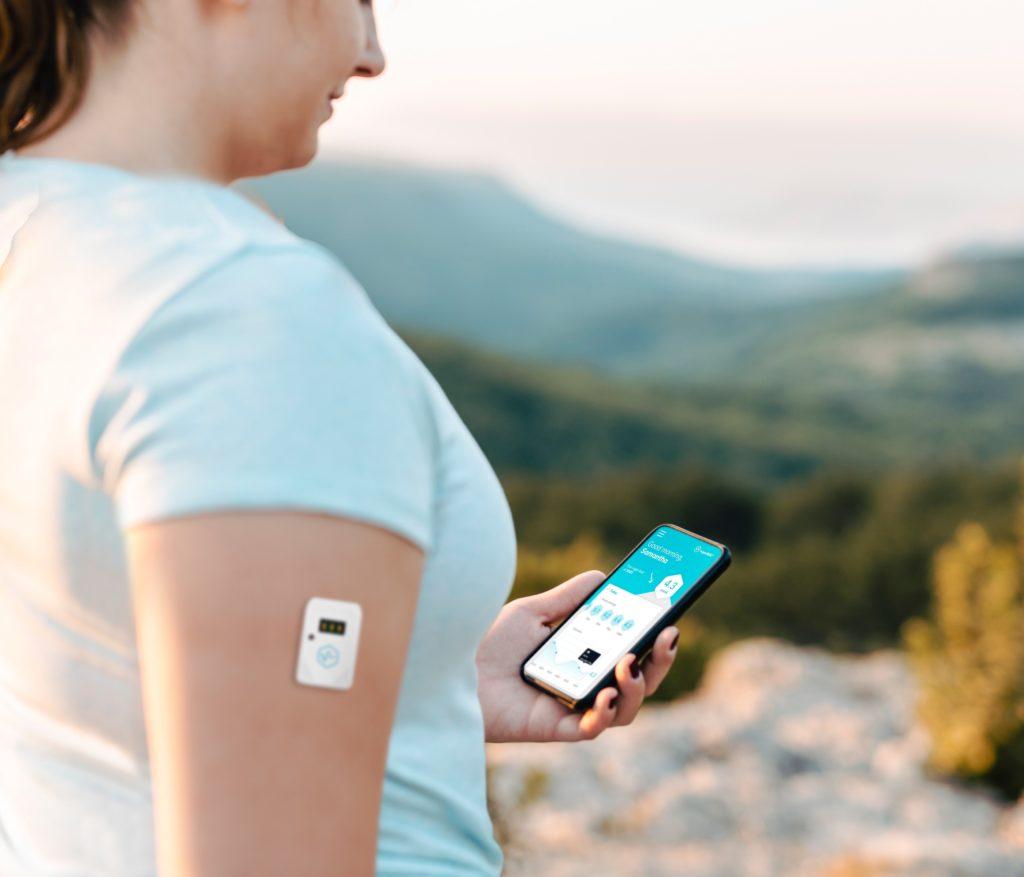 Nemaura Medical is bringing the soon-to-launch sugarBEAT sensor to the UK. Bucking the trend for sensors aimed at people on insulin, the company’s intention is to focus on people with Type 2 diabetes (though obviously not disallowing anyone with Type 1 to use their sensor if they should so wish). 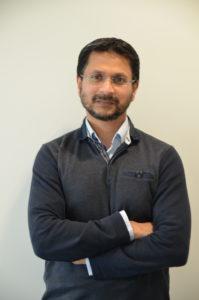 Faz Chowdhury, CEO, has been working on this project since 2011. He’s clear about the focus of the product and the company, saying: “Our mission is to help people with Type 2 to reverse their diabetes. Even if someone with Type 2 diabetes does not reverse their diagnosis, they should be able to greatly improve their control and outcomes. We can show that the device not only enables this but can even stop people with pre-diabetes becoming diagnosed with it, if intervention comes in time.”

This type of intervention is called either ‘preventative medicine’ or ‘early diagnostics’. It is likely to initially take the form of doing a sample every six months, then moving the person onto a sugarBEAT sensor but with lifestyle education being offered alongside it use in order to get the best results. The offering is called BEAT diabetes technology, which is a platform, while sugarBEAT is the device within the offering that measures glucose.

Early adopters
It’s fair to say that Type 2 diabetes is being picked up at an earlier stage as GPs and even the general population are on the look-out for it. Plus, there are more, and more widely available, diagnostic tools to diagnose the condition.

There are three forms of diabetes:

Chowdhury himself has a personal interest in the diabetes healthcare arena as he three member of his family who have diabetes and he can attest to the impact the diagnosis of diabetes has on the broader family. 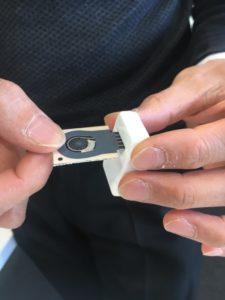 The management team at Nemaura Medical along with various investors assessed a selection of potential markets to use their sensor technology and it quickly became clear that in the area of Type 2 diabetes care there is, as Chowdhury says, “a vast pool of unmet need.” The company was actually founded 13 years ago to look into drug delivery but has evolved over time based on both the technology’s capabilities as well as the need to address the fact that Type 2 diabetes control is underserviced at the moment.

He explains, “We expressly aimed to create a device, a CGM, that made monitoring easy while also generating powerful data. The benefits of CGM is that it generates a profile, not just a snapshot, as with a blood test. You get a line, very like a graph, and a wobbly line could mean something is up, that the reaction to glucose present in the blood is compromised. Also, currently people with Type 2 diabetes might only be doing infrequent blood tests and may test on a day where their levels happen to be normal, whereas much of the time they are abnormal. The way we monitor people with Type 2 diabetes at the moment means that most simply have no idea of their control, nor do their GPs. It’s intermittent blood testing plus, if they’re luck, a look at their HbA1c once or twice a year. We still rely on that three-month average, if they are even being given an HbA1c test. CGM puts HbA1c into perspective and is a far more useful tool.”

Just beat it
It is more than likely that by using a sensor many people with Type 2 diabetes can learn to manage their diabetes control better, motivated by seeing improved results. Seeing such results will help them to learning how foods – food choices – affect their personal control. For example, they might see a spike in their levels after eating a baked potato and over time consider an option with a lower glycaemic index in order to get a curve, not a spike. This could lead many people towards the idea of a personal diet, a diet that is best for them.

Additionally, the fact remains that many of those people with diabetes taking insulin – all Type 1s and some Type 2s – still do not have access to CGM. At this stage they will be doing fingerpricks which, while better than not doing fingerpricks, only generates limited data by comparison to CGM sensors.

A CGM aimed at people with Type 2 diabetes might seem incongruous as so few Type 1s even have access to CGM tech. Justification for sensor use is nearly always down to improving control by reducing the extremes – too high or too low. With alarms available to give warnings about an impending low will allow users to intervene if they need to, have a couple of jelly babies, a biscuit or a juice and therefore avoid a hypo. Fear of hypos is a major challenge to people maintaining optimum control of their diabetes, understandably.

Just like Abbott’s Freestyle Libre Dexcom G6 and Medtronic’s sensors, this sensor sits on top of the skin. However, unlike those other sensors, sugarBEAT is entirely non-invasive yet also measures interstitial glucose, as the other sensors do. As it is non-invasive with no penetration of the skin, the glucose does have to be pulled to the surface of the skin in order that the sensor can to read the levels. That meant that the sensor had to be ultra-sensitive, able to measure tiny volumes of glucose. The technology required to do that is nanotechnology.

Super sensitive
Says Chowdhury, “One assumption people have made is that is we were measuring the glucose in sweat, which you could do, but perspiration is in itself variable – we simply sweat differently throughout our day. So that was never going to be satisfactory enough. Our sensor measures millimoles concentrated in the blood. We needed a way to have a consistent extraction rate of glucose molecules, and that rate also had to be constant. In order to achieve this there is a patch preparation which enhances the permit permeability of the skin to glucose; it is a simple way to disrupt the top layer of skin in order to allow this to happen.”

This patch takes the form of a very thin membrane which the user puts on the skin before putting the sensor itself on top of it. The patch has a honeycomb structure which maintains stability, delivering a constant volume and rate of glucose molecule extraction to the skin’s surface. A fixed volume of fluid then comes in contact with enzymes in the sensor so that the glucose level can be measured. The sensor takes just over half an hour to warm up. After prepping the skin with the patch, to put a sensor on you simply hold it against your skin and press for 10 seconds. It will stay in place for 24 hours. Pop the transmitter on the top and away you go.

“One of the great motivators for the development team was to improve quality of life for people with diabetes,” explains Chowdhury, “not just making it all about the measurement, but making it about ease of measurement and access to the results in an easily understandable way.”

The sugarBEAT sensor is extra sensitive. It will pick up a reading for example 10mmol/Litre. It is run through an algorithm in the transmitter on top of the sensor, which goes via Bluetooth to the reader – an app on a smartphone –where is converted into a glucose value. This information is picked up every five minutes, which means the app can pick up on trends of blood glucose going up or down. Alarms can be set to indicate if this is happening safely or may need attention. It is also possible within the app to check other parameters, such as how much time the user has spent ‘in range’ (TIR).

“Helping people to assess lifestyle change choices such as what food they eat what exercise they take and how effective their medications are can lead us to beat diabetes,” says Chowdhury.

We’ll report further as soon as this sensor starts to become available and will chart its progress. It’s about time Type 2s were allowed in on the sensor revolution.