More than just a number?

Thoughts on blood testing and analysis of results by medical student and T1 diabetic Matthew Anson. 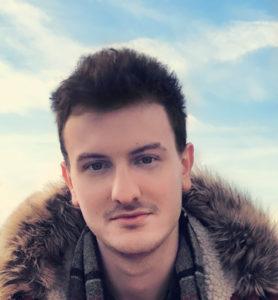 The management of diabetes is, in its purest form, a numbers game, from blood glucose, to HbA1c, to carbohydrate counting. It is not by any means an easy feat. Blood glucose is by far the most difficult of all the blood parameters to control artificially due to the plethora of factors that influence glucose levels and to the relatively unpredictable nature of our treatment, insulin.

Tackling this minefield of numbers and their respective units of measurement is quite a challenge, interpreting what they mean and how to act upon the data in front of you is another.

First of all, most of us are familiar with the HbA1c test. HbA1c is essentially how much of your red blood cells (the ones that carry oxygen and give blood its distinctive colour) have glucose attached to them, with a healthy range lying somewhere between 4-6%. In other words, 4-6% of red blood cells have a molecule of glucose stuck to it. Because red blood cells have a lifespan of roughly 120 days, it gives a fairly good representation of the average glucose control of the preceding three months.

About time
However, ‘time in range’ is a relatively new parameter that has come from the use of continuous monitoring of blood glucose (CGM). Using this relatively new technology makes it possible to calculate how much time your blood glucose is within your individual target range (e.g. 4-7mmol/L). This can be expressed as a percentage (e.g. ‘You spent 70% of time between 4-7mmol/L in the preceding two weeks).

The major limitation of ‘time in range’ is that it can only be gleaned by use of CGM sensor technology constantly measuring blood glucose, yet it is a much more powerful and accurate representation of glucose control, far superior to HbA1c. For example, Patient A and Patient B can both have a HbA1c of 7.5%, but taking a look at ‘time in range’, Patient A spends only 40% of the time in range with 15% of time being hypoglycaemic. Compare this to Patient B who spends 70% of time in range, with only 2% as hypoglycaemic. Traditional HbA1c cannot differentiate between Patient A and B.

It comes as no surprise then that clinicians and patients alike are keen adopt to this new method of reporting glycaemic control, hindered not least by the poor access of devices capable to calculating ‘time in range’ as well as the cost of these items. 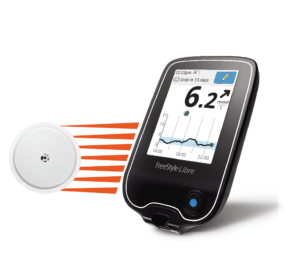 Improving access to such technologies has been a priority for the NHS in recent years, with the Abbott’s FreeStyle Libre, which uses Flash glucose monitoring, arguably having been the most significant disruptor of the glucose monitoring market to date. The Libre certainly qualifies as a device able to report ‘time in range’, however, does it qualify as being a CGM device? In essence, no, but is this the question we should be asking? The distinction is important for certain groups of people with diabetes who share common characteristics who require the real-time alarms offered only by ‘traditional’ CGM devices, such as Medtronic’s Enlite or Dexcom’s G5 and G6 sensors. But for the majority of patients, the distinction between Libre’s flash monitoring system and ‘bells and whistles’ traditional CGM is not that significant. Then again, with the arrival of an augmented Freestyle Libre 2 announced last year, promising to alarm when glucose falls or rises above pre-set thresholds, the line between what is and isn’t CGM will be even less clear.

About right
When it comes to glucose sensors of any nature there is naturally a concern over the accuracy of the technology. All blood glucose meters are ‘benchmarked’ against the gold standard testing of glucose done in hospital laboratories and should confirm to the International Organization for Standards ISO 15197 Standard for blood glucose monitoring. All home glucose meters must reach a certain level of accuracy, but inevitably, there will be variation between meters. This is generally not a problem, as we tend to stick to one meter for daily use and seldom compare the readings with a spare meter to confirm its accuracy.

The same cannot be said for CGM and flash glucose monitoring. 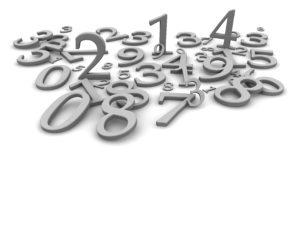 Sensors detect glucose in the fluid surrounding tissues (interstitial body fluid), which lags behind blood glucose by about 15 minutes. Comparing readings from a traditional meter with a glucose sensor will usually not give concordant numbers, especially if glucose levels are fluctuating rapidly, and it is for times like this where blood glucose should be relied upon for precise insulin and carbohydrate calculations. The more you compare glucose readings from any two devices, the more likely you are to see a discrepancy, and this can go some way to explaining the perceived inaccuracy of CGM.

With sensor accuracy improving year-by-year, the subjective trade-off between point accuracy of blood glucose and the long-term trends such as time-in-range provided by continuous monitoring may not be a concern in the future. Glucose sensors have already gained the trust of the DVLA, which has updated its guidelines allowing CGM and flash glucose monitoring to be valid for driving purposes.

So it does seem that inevitably numbers and ‘big data’ will play an ever more important role in the management of diabetes. Supporting and educating healthcare professionals, patients and their carers will ensure that this transition is both smooth and rewarding for everyone involved resulting in improved control and therefore ‘better’ numbers – and outcomes.