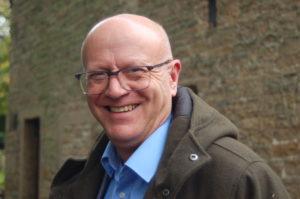 Adrian Long was diagnosed with Type I diabetes in December 1997, shortly after his 40th birthday. This is his story.

“During November of that year I remember there were times I found myself to be incredibly thirsty. I attended a meeting in Manchester, headed back to the train station to commence my journey home, and ran to catch the next train. After getting onboard I noticed that I was really, really thirsty. I’d been in a hot room, had some crisps and a sandwich, and had a bit of a sprint to get to the train. I rationalised that I was thirsty because of those circumstances. Plus, I do drink a lot of water. My wife had always been amazed at how much tea and coffee I managed to drink.

“However, I then had a bout of ‘flu and had to take some time off work. This was 20 years into my teaching career, and I’d had never had a day off sick, nor even during my own school days. I was never ill, but now I was bedridden, the last working week before the Christmas break. My wife – also a teacher – came home, took one look at me, and took me off to the GP surgery. I mentioned the thirst to the doctor, who then asked for a urine specimen and did a dipstick test, commenting, ‘that suggests you may have diabetes.’

“I ended up seeing another GP at the practice, the diabetes specialist, who told me to ‘stop eating sugary things’ and to come back in three days time. That was a bit odd too, as I am famous for my un-sweet tooth. Three days later I was no better, but at this point we were right up against Christmas Day and Boxing Day, and looking back I now know I spent those days with undiagnosed Type I diabetes. In the New Year I went back to the doctor who said it ‘might be Type I’, and I was referred to the local hospital as an outpatient. 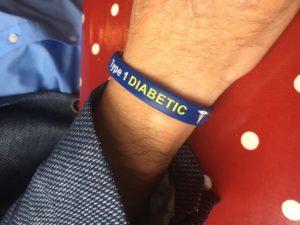 The miracle of insulin
“Like most people with no personal experience of the condition, I didn’t even know there were two types of diabetes: we had one or two kids in the school when, if they had a funny turn, we knew we needed to give them some sugar. But other than that, I was ignorant.

I started on insulin the next day. I had a series of 8am hospital appointments, which I had to attend before I’d had breakfast. I brought along a small packet of cereal with me then did an injection under supervision, then had my food. I had two injections a day at the start, and the insulin really was a miracle. I started to feel better almost immediately. I was always also given a blood test meter. I remember it being the round Bayer one, and I was given a rudimentary explanation of carb counting, as well as what to do if I was too high or too low.

“I never missed another day off work since. As my wife and I worked at the same school, and my older children were also in the school, I knew that I was not alone in dealing with my diabetes. Plus we lived only a mile away, so there wasn’t a long commute either. I knew that I was quite safe in my environment I just got on with it. The consultant I saw at the hospital was what I would call ‘old school’, but also fairly sensible and relaxed – he knew I had a life to live and that if I was a little bit high for a short time it wouldn’t kill me. Within a couple of years I progressed onto four injections a day, one being long acting and the other being short acting, so the basal/bolus approach.

“I’ve had a new blood test meter every now and then over the years, and after the drama of the first few weeks, the next 15 or 16 years it was just ‘standard ops’ in terms of looking after my control. Every year there was a school trip where we take away 40 children with four other teachers and I had no problem being in charge of that. People quickly forgot that I had diabetes. That makes it all sound like plain sailing, but on two occasions I have had a bad nighttime hypo. The first was quite early on – I’d had a meal, done an injection, then mowed the lawn, which was not my usual habit. In the night I had such a bad hypo my wife called for an ambulance. The second time it happened we were more prepared and had glucagon to hand. My wife was able to inject me with it and it pulled me around.” 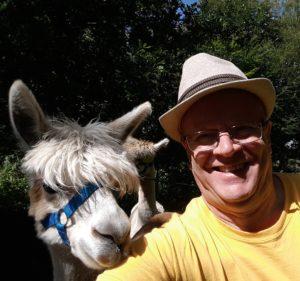 Going social
“Generally speaking I don’t think I was very interested in my diabetes, I just did what was necessary in order to get on with my life. I stayed healthy and it was all quite steady. I didn’t feel the need to talk about it and almost never met another person with diabetes. I did join Diabetes UK, which was my main source of information. Every six months I went on my clinic visit. After some years, one of the doctors said, ‘You really only need to see your GP’, which I thought was great, as it saved me a trip to the hospital.

“In around 2012, just out of curiosity, I did a search on the word ‘diabetes’ on Twitter and I saw that there was an entire community out there. That was when I first spoke (on Twitter) to another person with diabetes, a young lady who is to this day still a great friend of mine, and I have accumulated many others over the years. This was when I first had a decent smartphone and became aware of a “Tweetchat” that I started to contribute to and became aware of a whole range of reactions and approaches to managing life with diabetes.

“Then in 2015 I attended a conference held for people with diabetes and it was the first time that I was in a room full of people diabetes, as well as a range of diabetes kit available from suppliers, which I found very interesting. This was also just as Abbott’s FreeStyle Libre was coming out, and in 2015 I started to use a Libre myself. I self-funded – it was the only way back then – but both my wife and I had wanted something like this, a device that could tell you if glucose was rising or falling, especially if you are about to drive. I did not know about CGM back then, and had never considered that I needed to use an insulin pump, quite apart from the fact that as far as I am aware there is no access to pump technology at my local CCG. But as far as technology goes, I found that the Libre gave me all the extra information that I needed. It is also pretty well foolproof for me, glorious in its simplicity, and it works with my phone. I don’t even feel the little disc on my arm when I’m wearing one. I am well aware that it’s not as all singing and dancing as ‘full’ CGM, but it’s all I need.

“In recent years I have started a blog. I love writing. By profession I am a linguist, a French teacher, and was also Head of Sixth Form. I have written many references for students and I enjoy putting my thoughts down on paper or – in today’s terms – on screen. I was inspired by seeing other people doing opinion pieces and reviews. Not all my blogs are about diabetes, there are other thoughts and ideas too, and I do it as and when something comes up that I’m interested in that I want to write about.

“Since retiring last year the new friends I found through social media have been a wonderful and unexpected boon; I have nearly 2000 followers on Twitter and I know a few of them personally, counting many of them as friends. We are all quite different from each other, yet there are similarities too. Most of us wear some sort of diabetes technology, which means we beep quite frequently, and we also inject or infuse so have our own ways to put our insulin in. And we do a lot of maths each time we eat. We are like a family, and we do share a lot by all having the same condition.”

“I have found diabetes to be a unique bond among those who live with it. For me, it’s not something that I wish to have dominate my life, but to get to know others who share the ups and downs has been a great pleasure and a source of comfort.”

Sign me up!
For Email Newsletters you can trust.