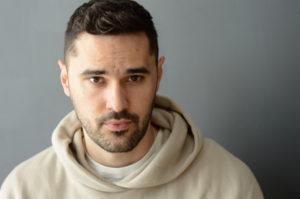 Type I diabetic Rob Howe is based in Dallas, Texas. The former professional basketball player has had Type I diabetes for 14 years, having been diagnosed at the age of 16. He’s spent 10 years on an insulin pump and has now been on Medtronic’s 670g system for nearly a year. Here he shares his thoughts and experience about learning how to use the system to maximum effect. He now plays basketball with the 670g system attached and in Auto Mode while he plays.

Speaking of the system he says, “I think these days diabetics now get asked quite a bit about their diabetes technology. It is not dissimilar to fitbits and other health technologies, so it’s not that big a deal. I have become more aware of time in a range (TIR) as a parameter and I now check it fairly often. Last time I looked I could see that in the last 30 days I had spent 78% TIR, which means that I was, for the most of the time, in a very safe range. 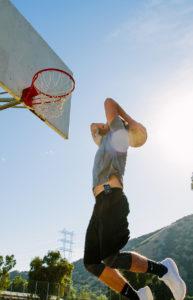 “Diabetes is a huge part of my daily life but I don’t want to think about it absolutely all the time. If I can claim back 10 minutes a day not having to think about it then that is a reduced burden on me. Getting a few breaks when you’re living with a long-term condition does make a difference.

“I get asked a lot if it took me a long time to trust it, but the fact is that no one knows your diabetes better than you do. I did have to relearn how to count carbs and I would say it took 4-6 weeks to really get the hang of the system. Just like anything, change is hard. It did feel a bit foreign to give my control over to a machine, but life is a confidence game and I’m pleased I got over the bumps at the start.

“Ironically, if you eliminate all your lows your HbA1c could actually go up a little — but then again it’s great not to have the lows. My local grocery store may have noticed I wasn’t buying as much orange juice as I used to, and that’s because I’m not treating hypos as often. I sleep through the night more often than I used to, so I’m less tired, which is always a good thing. And once I got used to the system I brought down my high parameter for my hyperglycemia, so that I’m notified earlier so on average my highs aren’t quite so high.

“It really has helped with sport – it is much more enjoyable now, though I do need sportswear with pockets! I never thought I’d be playing basketball with an insulin pump on; now I never take it off.

“For anyone starting on the 670G I can tell them that you might glance at the pump’s screen and it may not look right, you are likely to be tempted to get involved and put a bit of insulin in, maybe, but you have to trust it. Adding more insulin won’t necessarily make the correction work faster, but it could mean that you will end up going low over time, so be patient. Take a long-term view on achieving improved overall control. Now I feel really hopeful about the future.”

To read more about Rob Howe visit his website www.diabeticsdoingthings.com