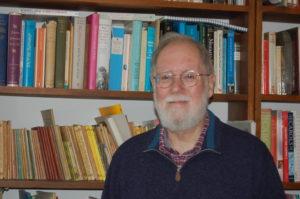 David Andrews took early retirement from teaching 10 years ago, then rather unexpectedly ended up with a second career that still keeps him busy, restoring violins. His website can be found at www.violinman.com, a cottage industry that he operates from his home in Harrogate, North Yorkshire.

Andrews has Type 2 diabetes treated with insulin, but his journey to reaching this point in his diabetes care has taken several decades. Part of that journey has included treatment for prostate cancer two years ago.

It was while he was at the University of Reading when he was in his late teens and early 20s that Andrews needed to take antihistamines for his hayfever. He looks back and says, “I had some blood test done at the time which picked up on my having slightly raised blood glucose levels, but just under the threshold for a diagnosis of diabetes. There was no diabetes in the family so it was a little bit unexpected.”

For the next 10 years he ended up teaching music at a local school then, when he was in his early 30s, he moved up to Harrogate with his wife, whom he had married when they were both just 20. “I moved up to Harrowgate to teach in a post that I intended to do for around 10 years, but we ended up staying 30 years until we both retired. We have a son and two daughters who live here, along with a host of grandchildren, which is why we stay.” 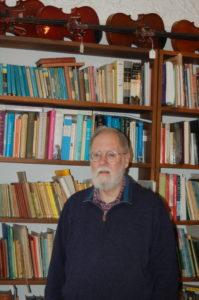 To the max
Several years ago I went for a checkup with my GP, who discovered that I had high blood pressure. At that point I also had another routine blood test and again it was noted that my blood glucose levels were slightly raised. I was told to eat sensibly and given advice on what they called a ‘diabetic diet’. That worked for a while, then it was decided that I needed to start taking medication and went on to Metformin and Glipizide then, a few years later, I was moved on to twice-daily insulin injections. I have been taking those for the last three years but now my HbA1c seems to be creeping up again. One factor has been a course of hormone injections I had to take to combat the prostate cancer, which in turn raised my blood glucose levels. It meant I had to increase the insulin doses until I was taking 100 units of Novamix 3 using a prefilled Flexpen both morning and night. That was a problem both because insulin leads you to lay down fat, but also the hormone treatment made me tired, so it was hard to get motivated to do exercise. I did have fabulous support from the local Macmillan nurses, who were a great help.”

Andrew’s has always been treated by the diabetes lead at his local GP, apart from when he first went on medication at the age of 55 when he was under the local hospital’s care in order to stabilise his control. He now also visits the hospital for eye checks, where he says there is some evidence of early stages of retinopathy, but no need for treatment yet. Since finishing the hormone injections he is back down to 35 units of insulin in the morning and 20 in the evening and says, “I am hoping to stave off having to take insulin with meals.”

Luckily, Andrews’ rarely has hypos however, he says, “I start to feel quite grotty by the time I’m at 4.5 mmol. I’ve had one or two hypos where I have been down at 2.5 mmol. I do get clear warnings, and in a way I don’t mind them, as I get to treat myself with a couple of teaspoons of golden syrup, which I love. But that really is the only good thing about having a hypo.”

Being Mobile
While generally happy with the care he’s been getting from the local surgery, Andrews found it difficult when the practice tried to put all its diabetes patients onto the same blood test metre. “I have been used to using an Accu-chek Mobile blood test meter, it was just so easy to use and to take with me if I had to go anywhere. I felt that the new metre I was given was like taking a step back. With the Accu-Chek Mobile there was no need to take all the bits and bobs that most other blood test metres require. I tried it for a while but I found that if I had a hypo in the night, I had to really wake up in order to manage the tub of sensors, the lancing device and the meter. I found it all rather fiddly, especially after using the much more convenient Accu-Chek Mobile. My doctor understood that the new meter that had been supplied was not as useful for me and it affected my diabetes care. Not only was the Accu-Chek Mobile great if I ever went out in the car — when it would go straight in my pocket – but I had always tried to be as helpful as possible to my GP and was in the habit of downloading the data from the Accu-Chek Mobile on my computer and took it into the doctors in order to discuss it. The newer meter did not have that facility. I think we were both relieved when I went back to using the Accu-Chek Mobile again.”

At the moment Andrews only does multiple blood tests if his control is what he says is, “A bit ropey, otherwise he only test every few weeks if things are stable. I do run out of fingers occasionally.”

Mr Fixit
David Andrews’ second career took off after he retired 10 years ago at the age of 62. A local man used to do all the little violin fixing jobs that were needed for himself and his pupils at the school he taught music at, but he died. Andrews says, “Out of necessity I started to do simple jobs like restringing and putting new bridges on, sorting pegs out, and that sort of thing, from home. I did them for my old school, then started to get jobs from other schools and even private commissions too. It is just grown and grown.”

One or two of the commissions have included some interesting discoveries. Says Andrews, “A local woman inherited some violins from her grandfather, there were five or six of them, and she asked me to ‘put them into playing order’. Vioiln repairers – luthiers – often leave notes inside violins after working on them, so it’s likely that only other repairers will see them, as you do have to take the top of the violin off to get inside it. In this case I found a note in one of the violins that was dated 1739 and had an address that referred to just being ‘next door to the Foundary Pub’. The maker signed himself Nathanial Cross. I thought this might be of some historical interest suggested she took it to the local auction house. The auctioneer estimated it could have a possible value of up to £30,000. The restored violin had an absolutely beautiful sound to it and it worked just fine. Even though it had been dormant for years once I put the strings on it, it just sang.”

Andrews had another violin come in from a lady whose grandfather used to play on ocean-going liners who had actually turned down a job to work on the Titanic. While that was also an historic item, it was not in particularly good shape and did not have much value other than the story that came with it. Andrews adds, “I’ve seen plenty of so-called strands but they were not real ones I need a stiff brandy if I had to work on one of those.”