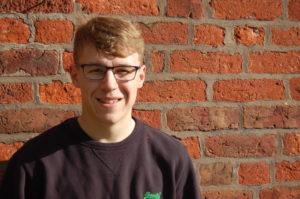 Paul Longley lives in Northwich in Cheshire and was a keen cyclist until his diagnosis of Type 1 diabetes. This initially made him step back from competitive racing, then he found his way back into the saddle thanks to his use of diabetes sensor technology.
At time of diagnosis in June 2015, Longley was 20 years old. He looks back and says, “About a year before I was diagnosed with diabetes, I suffered an extreme bout of anxiety. It started with a panic attack at work but in the following days and weeks I spiralled down, and ended up not wanting to leave the house. I had some counselling and started to recover. I was able to get out more, learnt to drive, and passed my test. At this time I also started a new job – things were looking up. But at the same time, things still weren’t quite right. I was really thirsty and hungry, even though I was pretty skinny. My eye sight was a bit funny too. I knew I had to go to the doctors and arranged an appointment, but felt so ill on the day I nearly didn’t go.”

Although there is no history of diabetes in the family, Longley was used to using the internet for research and looked up his symptoms. He says, “I did wonder if perhaps I had Type I diabetes. When I got to the appointment I mentioned it, but the local surgery said it was unlikely, but as there were ketones in my urine they sent me to the local infirmary to get a blood test done, which I did. Although I was still feeling bad, I went home after the blood test and tried to eat some light dinner, but I was physically sick. I now know I had developed diabetic ketoacidosis (DKA), but at the time I’d gone to bed early then the hospital rang at about 9 o’clock. My mother got me up to talk to the doctor, who said, ‘We think it’s a 90% change that you have Type I diabetes, so we need to get you in here tonight to stabilise you.’ So my mother drove me to A&E at Leighton Hospital, about half an hour away.” 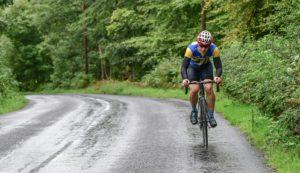 Hospital help
No one sensible likes to go to hospital as a patient, and Longley was no different. “When I got there they put me on a drip,” he remembers, “And I felt better almost immediately. I think it was a mix of insulin and something to help with rehydration. In all, I was only in overnight and half the next day. I saw a dietician, who was really happy with my diet, then I was given a FreeStyle Optium Neo blood test meter and had to do my first injection under supervision. It was all a bit daunting, but I just wanted to go home so I got on with it.”

Having given basic ‘training’, Longley headed home and, as he says, “I used all my kit and just got on with it. I may be pretty new to having diabetes, but while I was only diagnosed three years ago, I can still look back and say that the experience of the diagnosis itself was quite positive. It gave me a new focus in terms of being able to control it with blood tests, insulin and food, and I felt I had closure on the anxiety issue. Diabetes does bring with it some anxieties, but it looks like I could have had the diabetes for up to six months by the point of diagnosis, long enough that the panic attack could well have been a low blood sugar event. The way I see it, the diagnosis of diabetes actually helped me – at least I knew what was wrong with me.”

Many people are dismayed by such a diagnosis, but certainly after a period of feeling dreadful, the knowledge of a specific diagnosis with tools, information and support to deal with it, means that things can only get better. Longley did have some regrets though. He admits, “The only downside was that I was told not to ride my bike for three weeks, nor to drive for two weeks. I saw the diabetes nurse a week or so afterwards, and she was very helpful and supportive – she kept me straight – helped me get a perspective on it. She was fabulous, everything from the big picture to details. She told me I had been using the lancing device incorrectly. I had been taking the cap off, which I should not have been doing, so blood testing had been a bit grim! She showed me how I was doing it wrong – the cap needed to stay on ¬– and then it wasn’t so bad. But getting back on my bike was harder to solve.” 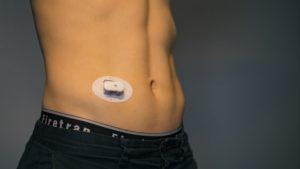 On your bike
Cycling had been important for Longley, who’d had a few hypos when our riding and found it scary and demoralising. “As I’d been told, I got back on my bike after three weeks, but I did not feel I could control my diabetes adequately enough to race safely, and I lost my confidence. After a couple of years the Freestyle Libre came out, and I started to use the sensor technology and it gave me my confidence back. It was so easy to check on my control when I was cycling and not have to stop riding in order to do a fiddly blood test.”

From that point, Longley started to do more research into other systems for continuous glucose monitoring (CGM) and came across Medtrum. “I got hold of a starter kit, which meant a transmitter and two sensors,” he says. “I set it up to give me alerts and I also share my data with my girlfriend. She can ring me if she sees something and wants to make sure I’ve seen it too. Now I’m back to competitive cycling, doing both local and national races with a club. So far in 2018, I’ve done 12 races.”

As well as wearing the Medtrum CGM, Longley now uses an Accu-Chek Expert blood test meter, because it gives him bolus advice, and he uses it to calibrate the Medtrum CGM. When this interview was done, he is still using multiple daily injections (MDI), but wants to go on an insulin pump, so Longley is talking to his specialist about options. He also has a new job. “It’s a new routine, it’s harder to fit in exercise as I’m travelling a bit, so that’s tricky,” he says, “Other than that I love it, and although it’s hard work, I feel OK about my diabetes and think the future holds a lot of promise.”

This interview was conducted in October 2018. For more information on DKA and ketones, see our Need to Know feature HERE.