Why hustle is a hassle, portions are bigger, and we’re getting fatter

Weight loss hypnotherapist and founder of the Hypno Slimming website, Adam Cox, has investigated the effects on those setting January weight loss goals. With swathes of people having opted to start a weight loss programme in the year’s most gloomy month, motivation is harder than ever. Cox says, “Resolutions are a massive cause of stress and guilt; my advice is to ditch resolutions and set goals instead. Resolutions to lose weight or go to the gym more are so meaningless it’s impossible to actually have any sense of achievement or progress. Also, most people set a weight loss goal with a weight, whereas I encourage my clients to set a target body fat percentage. When you go to the gym and start working out you can increase muscle mass, so you may be getting healthier, fitter and have less fat but not necessarily lose weight. Also, when you exercise you drink more water and a large glass of water weighs about 1lb even though it has no calories and is healthy. Lower body fat is a better sign of success than weight.” 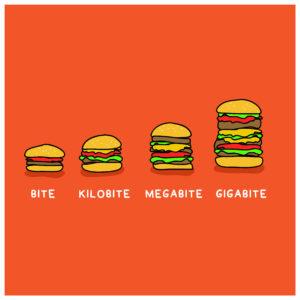 Meanwhile, according to an article by Nick Triggle, BBC Health correspondent, the UK’s obesity crisis is being fuelled by businesses pushing unhealthy food and larger portions on shoppers, according to health experts. The Royal Society for Public Health warned consumers were being tricked by a marketing ploy known as ‘upselling’. The tactic involves shops, cafes and restaurants encouraging customers to upgrade to larger meals and drinks or adding high-calorie toppings and sides. A poll suggested eight in 10 people experienced it every week.

The most common upsells to be taken included larger coffees, bigger meals, sweets and chocolates and extra sides such as onion rings and chips. Royal Society for Public Health chief executive Shirley Cramer said the industry was pressuring the public into buying extra calories, which then added up “without us noticing”. She said businesses needed to stop training staff to upsell high-calorie food and instead focus on healthy alternatives.
The practice occurs at the point-of-sale and is not at the customer’s request. Examples include a coffee shop barista asking if you would like a large rather than a regular-sized coffee or if you want whipped cream added. Another popular one is a fast-food worker asking if you would like to make a meal larger for only a minimal cost.

Upselling is also thought to be fueling obesity with 78% of people saying that they experience upselling each week meaning that there were 106 upsells per person per year, 35% added sides like chips to a meal, 34% bought a larger coffee and 17,000 extra calories on average over a year.

Calorie confusion
It also seems that Brits are drastically underestimating the calorie content of the foods they eat. Not even agrees that calorie control is the only, or the best way to lose weight, but when researchers quizzed men and women in the UK on their calorie intake they found the majority underestimated how calorific some foods are. The study by Laughing Cow showed the average adult estimates there are around 300 calories in a large portion of cinema popcorn, when in fact it may be up to nearly 1000 calories. Those questioned were also way off the mark when asked to guess the calorie content of a bowl of granola – the average adult guessing that a 100g bowl contained 145 calories, but the reality is closer to 450. A supermarket pepperoni pizza, a staple of many UK freezers contains a staggering 1,100 calories, but respondents guessed an average of 355.

The study into the nation’s eating habits revealed that while most of those who counted them tried to consume 1,920 calories a day, but due to the number of snacks consumed throughout the day, the true intake is around 2,635, on average. Having said that, 36% weren’t sure what a calorie is, with two thirds saying they often completely lose track of the number of calories that they consume each day. 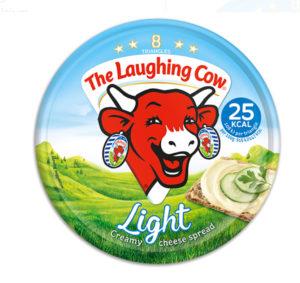 Alexandra Labaisse, Brand Manager at The Laughing Cow commented, “Too often we are reaching for snacks that, when we think about it properly, we don’t want. Whether it is a soggy sandwich left over after a meeting or a bowl of salty crisps that you devour on auto-pilot in front of the TV, it is clear we will simply graze without much thought. However, being mindful about what we are consuming and ensuring we dedicate the time to snack well means we can avoid ‘Snaccidents’ and enjoy a delicious snack without the guilt..”

The poll of 2,000 Brits also found that 17 percent of adults exceed their calorie allowance on a daily basis, with the average adult in the UK checking the calorie content on packaging just four times a week. Wine, lager and cola were among the only foods where adults OVER estimated the calorie content.

*The Laughing Cow is a portion-controlled snack, starting from just 25 calories per triangle.

Hustle lifestyle
Bernard Marr, a writer at Forbes magazine who specializes in management, technology and big data, in an article, ‘Is work-life balance only for losers?’ looked at what he called ‘the harm done by the hustle lifestyle’. He said, “Our organizations suffer from extraordinarily low employee engagement, high turnover and disgruntled employees. Our people are stressed out and unhealthy. The obesity epidemic is big, and growing, fueled by the fast food, energy drinks and stress eating that many default to when in survival mode to energize them for those long hours at the office. And, really, who has time to exercise in a hustle culture? Professionals are tethered to electronic devices 24/7 so even when they do escape the confines of the office, they can get pinged and called and messaged about work. It’s really hard to disconnect and many find it easier to just keep working.” 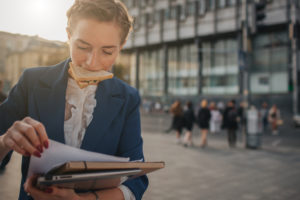 Marr reported that it needn’t be so. He used the example of Jason Fried, the CEO of a company called Basecamp, who prides himself that his company culture sticks to a strict 40-hour workweek, which goes down to 32 hours in the summer. Fried says that allows employees a well-balanced life without sacrificing the company’s success. He and David Hansson published Rework, a business book that lays out why you don’t need to be a workaholic to get success, and in a new book, The Calm Company, explain why “sustained exhaustion is not a badge of honor, it’s a mark of stupidity.”

Industry influencers
But then, are we really being stupid? The fact is that we are being bullied into long hours and making bad food decisions all the time. Marion Nestle, PhD, MPH, chair of the department of nutrition and food studies at New York University in an article for WebMD stated, “Exercise is important, but so are eating habits.” In her book Food Politics: How the Food Industry Influences Nutrition and Health, Nestle argues that recommendations about healthy eating are overwhelmed by the hundreds of billions of dollars worth of advertising for junk foods that we’re subjected to at home and even in schools. “As fast food companies and chains compete with one another by increasing portion sizes, our waists are increasing proportionately.”

According to Nestle, the media also have a tendency of confusing things by reporting the results of scientific studies out of context. She argues that the relative stability of the dietary and fitness recommendations over the years – eat less fat, eat more fruits and veggies and exercise regularly – is obscured by the media, which are more interested in exciting stories about radical diets or the effects of particular “miracle” foods, vitamins or other supplements. 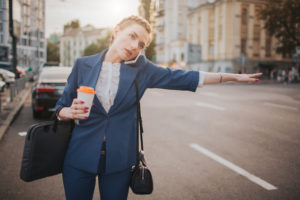 In the same article, William Dietz, MD, PhD, the director of the division of nutrition and physical activity in the National Center for Chronic Disease Prevention in America says, “I think that in the last three years, we’ve seen a dramatic shift in the attitudes of policy makers toward obesity. There is now a huge amount of attention being paid to the condition,” he says, “and that’s an important first step.” The article goes on to state that part of the problem is that the message about eating well is necessarily more complicated than the messages of other health campaigns. The recommendations for preventing tobacco-related illnesses are pretty straightforward: Don’t smoke. But given that “don’t eat” is not an option, there isn’t such a concise recommendation for eating well and staying fit. It’s more like, “Eat plenty of these, and not so much of that or those, and remember to exercise a lot.”

News items and features like this appear in the Desang Diabetes Magazine, our free-to-receive digital journal (see below, or www.desang-magazine.co.uk). We cover diabetes news, diabetes management equipment (diabetes ‘kit’ such as insulin pumps and continuous glucose monitoring equipment) and news about food suitable for a diabetic diet including a regular Making Carbs Count column. We just need your email address to subscribe you (it’s free, and you can easily unsubscribe anytime should you wish to).