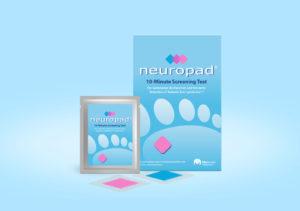 Bearing in mind that many people with diabetes do not even get the annual foot check to which they are entitled, or can’t attend because they are working, wouldn’t it make sense if people could take a simple test at home and send in their results by post? Well yes, and now they can.

Last year, a new screening test called Neuropad was submitted for consideration by the NHS Innovation Accelerator programme and was shortlisted by a panel of assessors on the basis that it was “a good, patient-centred innovation that has the potential to improve screening for foot problems in people with diabetes and therefore reduce preventable complications.” The panel described Neuropad as a “simple, inexpensive product addressing a clear need” and “a great innovation”. 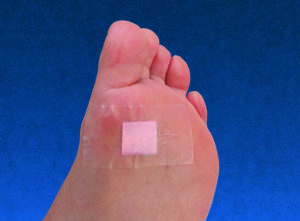 Autonomic neuropathy is an early indicator of diabetic foot syndrome, which is a condition that may lead to amputations and that’s what Neuropad uses to screen for the condition. John Simpson, MD of Neuropad UK, who has worked in the pharmaceutical industry for much of his career, spotted the potential of Neuropad after coming across it in Germany. He says, “Anything that can detect the early onset of the condition can help reduce the rate of amputations, which of course can devastate lives. Neuropad is such a simple solution which fulfils an un-met need of earlier testing for potential changes in foot health for people with diabetes. The emphasis should be on home-testing but of course it can be used in GP surgeries as well as diabetes clinics. What I particularly liked about Neuropad was that it was simple enough for people to use on themselves, which saves everyone time and money. Wouldn’t it be a good idea to let people test themselves at home so that they don’t need to take a day of work to attend a clinic?”

There’s no primary care test that does what Neuropad does. Monofilament and other sensory tests don’t do the same thing. “No one is currently being tested for autonomic neuropathy in primary care in order to pick up on early changes in the feet.” Says Simpson, “Knowledge is empowering; if you know there’s a change in the health of your feet then you can start doing something about it. Neuropad testing isn’t painful, takes just 10 minutes to see if there’s a colour change in the pad, and because it’s a simple colour change, it can’t be misinterpreted. It goes way beyond the tuning fork or a filament test.” 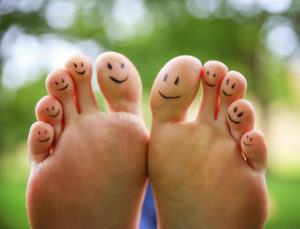 How does it work?
Neuropad detects a lack of sweat production in the feet (known medically as sudomotor dysfunction) as an indicator for autonomic neuropathy, which is an early indication of diabetic foot syndrome. Damage to the small nerve fibres in the feet may damage the sweat glands (sudomotors), so reduced sweating can be a sign of foot damage. The blue Neuropad is placed on the foot and if it changes to pink, then the foot is healthy with adequate sweat production. If it stays blue or only partially changes to pink then sudomotor dysfunction is being detected, i.e. the sweat glands have incurred some damage. This is key because this occurs before a person loses protective sensation, which is irreversible.

The clinical efficacy of this simple screening test has been determined in more than 40 clinical studies involving more than 1000 people with diabetes.

Simpson, who holds postgraduate qualifications in diabetes, is currently working with NICE to produce guidance for use of Neuropad as part of the diabetes care pathway. He says, “People can use our test at home if they want to, where they feel safe and are comfortable, more so than in a clinic environment. If their Neuropad result doesn’t turn completely pink then we urge people to contact their healthcare team to discuss the result.”

The Neuropad brand also has a Foot Repair Foam for the rapid hydration and treatment of dry or cracked skin. Clinically tested and particularly suitable for people with diabetes, there should be noticeable improvement after only 7 days treatment.

News items and features like this appear in the Desang Diabetes Magazine, our free-to-receive digital journal. We cover diabetes news, diabetes management equipment (diabetes ‘kit’ such as insulin pumps and continuous glucose monitoring equipment) and news about food suitable for a diabetic diet including a regular Making Carbs Count column. Go to the top of this page to sign up – we just need your email address. www.desang-magazine.co.uk