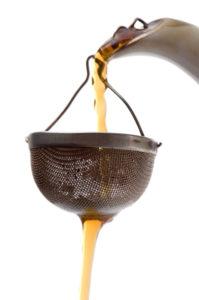 Rain or shine, the kettle’s on for a brew of some sort. A new poll shows how addicted we are to our cuppas. If you live in Liverpool and are reading this, you are more likely than anyone else in the UK to be doing so with a cup of tea in front of you. It’s officially the tea drinking capital of the UK, according to a new poll commissioned by Redring.

Plenty of studies have been done looking at tea with diabetes, and also coffee and diabetes. So long as you are not adding sugar, there should be no problem in drinking tea if you have diabetes.  Coffee can have a tendency to raise blood sugars a little, even without sugar, but bear in mind that some coffees, like latte, have a lot of milk in which will add to the effect.

Redrings’ researchers took an in-depth look into the hot beverage habits of the nation (not just diabetics) and discovered the average Brit will consume a staggering 66,685 cups of tea – and 50,589 cups of coffee over their lifetime. Liverpudlians emerged as the biggest tea lovers, consuming an average 1,460 cups a year. When it comes to coffee drinking – the people in Edinburgh are the biggest fans, drinking an average of 1,095 cups each year while Glasgow are the biggest fans of herbal and fruit teas (438 per year).

When it comes to the type of tea, the survey established that English breakfast is the most popular go-to-brew, with the majority of those polled (38%) like milk with no sugar. Despite all sorts of fancy coffee choices available, the most popular was shown to be a humble mug of instant (22%). When it comes to posh coffee, the people of Manchester drink more espressos than anywhere else, while Scousers prefer a frothy cappuccino.

The poll also found that work colleagues make the worst tea and your ‘other half’ makes the best (although 18% of couples row over who makes the fewest hot drinks) with couples in London are most likely to fall out over whose turn it is. The best time of day to really savour a cup of tea was 8.40am, the poll of 1,500 adults found.

Time for tea
The House of Frazer’s Tea Terrace Restaurants and Tea Rooms have been adding some fun to their locations. They offering their customers free use of a ‘phonetentiary’. Ehab Shouly, Managing Director of The Tea Terrace, which owns and operates three restaurants in department stores in London and Guildford, says, “It’s a penitentiary for phones, a small box that looks like a book but has a combination lock. Guests can out their phones on silent mode and lock them in the Phonetentiary for the duration of their meal, the idea behind this is to encourage them to have more quality conversations at the breakfast, lunch or dinner table away from the digital distractions of their smart phones. In the old days the tradition of afternoon tea was a social occasion for the guests to enjoy conversations and a bit of gossip. The Phonetentiary could help people go back to the art of conversation.”

Taking the fun a bit further, the restaurants are launching a light-hearted menu that includes dishes such as Jeremy Corbynara, to commemorate the snap election in June. The menu features five dishes — a starter, three mains and a dessert — all of which have names inspired by the political parties competing in the general election. Liberal Democrabs Linguine: A comforting dish of creamy linguine pasta ‘liberally’ sprinkled with chunks of white crab meat with peas and cherry tomatoes, while the U-Kipper Risotto is topped with flakes of smoked kippers.

Coffee claims
Whether you call yours a cup of Joe, go juice, jitter juice or java, a lot of coverage on coffee recently has been about the disposable cups that they are served in more than th 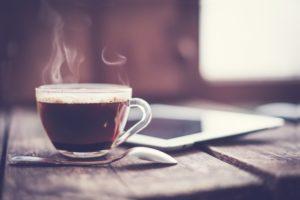 e drink itself due to the fact that they are not disposable. As a nation we chuck away hundreds of thousands of them every day, but they are not recycled. Globally it’s estimated that 100 billion single use coffee cups go to landfill annually.

With coffee shops on virtually every street corner and many people buying a coffee in a take-away cup several times a week, recycling those paper cups seems to be a sensible thing to do. In response to both the recent media attention and consumer concern over the recycling of paper cups, the Foodservice Packaging Association (FPA) and Paper Cup Recovery and Recycling Group (PCRRG) have launched a manifesto with the objective of significantly increasing paper cup recovery and recycling rates by 2020. The manifesto is a voluntary commitment, funded by its members, to deliver systemic change that will increase the sustainable recovery and recycling rates of used paper cups. The manifesto provides a public commitment from supporters and signatories to work collaboratively to increase access to information, schemes and facilities that enable used paper cups to be sustainably recovered and recycled. 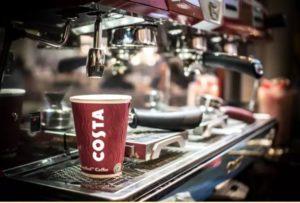 The Costa Coffee chain have made a commitment to leads the way on cup recyclability launching its own recycling scheme in more than 2,000 of its stores, and giving a ‘25p off’ customer incentive each time someone uses a recyclable cup in store and new reusable cups being available to buy in-store from this month. The Costa Reusable Red Cup cost £3, the Costa Foundation Travel Mug cost £9.95, £1 of which goes to the Costa Foundation charity.

The new recycling scheme aims to recover and guarantee the recycling of any paper takeaway cup – from Costa or any of its competitors. Once deposited at a Costa store they are transported to specialist waste processing plants. The scheme, which is the first of its kind amongst coffee shop retailers, follows a successful trial, which took place across over 45 stores in London and Manchester, during 2016. 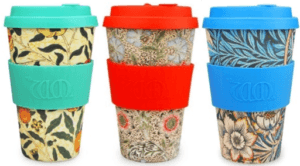 Meanwhile, other environmentally conscious persons have suggested that the other way to reduce this waste is not to use paper cups at all, hence the new fad for reusable, rather than recyclable, cups. If you are a regular enough take-away coffee buyer, you could just take your own vessel along to fill up. For example, the Ecoffee cup is made with natural, biodegradable bamboo fibre, is sturdy yet light, with a resealable and ‘drip proof’ lid for easy storage if carrying it in a bag, is dishwasher safe and doesn’t taint the taste of your coffee, There’s a bunch of designs to suit all tastes and cost £11.95 and, when your Ecoffee cup does come to the end of its life (the cups should last for years if looked after well), the product is biodegradable; simply crush, soak in boiling water and add to compost to start the biodegrading process.