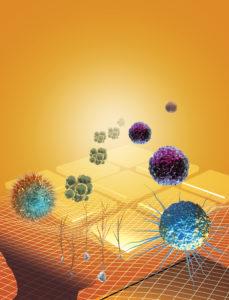 Diabetes kit that’s coming soon: An interview with Dr. Philip Toleikis of Sernova Corp, based in London, Ontario, Canada about the company’s Cell Pouch and immune protected cell technologies, referred to as a regenerative medicine solution in development. The company’s stated aim is to significantly improve the quality of life for people with insulin-dependent diabetes and other chronic diseases. By Sue Marshall.

In January 1922 insulin was first used in the treatment of diabetes. Insulin was discovered by Sir Frederick Banting, Charles Best and JJR Macleod at the University of Toronto in 1921 and it was subsequently purified by James Collip. Before 1921, it was exceptional for people with Type 1 diabetes to live more than a year or two after diagnosis. One of the twentieth century’s greatest medical discoveries, insulin remains the only effective treatment for people with Type 1 diabetes today.*

Ever since the key discovery of insulin, people with Type 1 diabetes have been taking insulin by injections or infusions. Recently, however, researchers in the regenerative medicine field have been looking to replace the islets (also simply referred to as ‘cells’) that have stopped functioning in the pancreas in people with diabetes using donor islets and other insulin producing cells. While there have been a number of quite successful islet cell transplant operations using the Edmonton Protocol (see glossary), not all the transplanted islets survive. Many die, leaving only a portion functioning often requiring more than one transplant, suggesting that the outcome of these operations are not as effective as they need to be. The operations are also costly and only a small number of people with diabetes can be helped, as islets come from human donors and there are only enough donors to treat a fraction of people with diabetes. One Company looking into improving the survival of transplanted islets cells and in securing unlimited supplies of insulin producing cells is Sernova.

Speaking on behalf of the company, Dr. Philip Toleikis explains, “Sernova looked at the results of islet cell transplants that have been undertaken and asked the question, ‘how can we create a proper environment for islets to survive?” What the company has created is an implantable device, roughly the size and shape of a business card, called a Cell Pouch. It is implanted under the skin and after implantation the person’s own tissue grows through the pores of the device and creates ‘vascularized (blood vessel rich) tissue chambers’ into which it is then possible to transplant islet cells. The cells in the pouch live in a tissue matrix and are supported by the blood vessels within the tissue chambers similar to islets in the pancreas.”

The Cell Pouch System is for the placement and survival of donor islets and other therapeutic cells. The other part of this equation is that the donor cells need protection from immune system attack so that they are not rejected. Says Toleikis, “In addition to providing natural home for the islet cells, we can protect the cells with medications that the patient takes and are also developing a technology called ‘microcapsules’ which surround the cells to protect them from immune system attack when they are placed into the device chambers. Thus we believe our device technologies form an ideal environment for islets to survive and function.”

Good progress
For use with the Cell Pouch, islets are taken from a donor and purified, then transplanted into the device chambers or micro-encapsulated and put into the tissue chambers of the device. Says Toleikis, “We have found the quality and purity of the islets is an important factor in functioning of the cells. The micro-encapsulated islets are immune-protected, meaning that we believe patients will not not need to take immunosuppressant drugs.”

He continues, “Our goal, beyond working with donor islets is to source unlimited supplies of cells. These may be a stem cell derived glucose responsive technology or cells from a xenogeneic source. Our primary aim is to provide a significant improvement in the quality-of-life of people with diabetes. We have made good progress and have learnt from our work with donor islets. What we’ve been able to show with this work is that by using fewer islets in this system than the Edmonton Prototocol, we’ve actually produced a more effective solution. A smaller dose of islets indicates that the device is efficient, more efficient than islets being transplanted into the liver, as in previous transplant trials. In a small human study, the device has been proven safe, and the cells are able to survive, produce insulin, and link up naturally to the blood system – a very important first step.”

JDRF is helping to fund the next human clinical trial about to be undertaken in the US. Previous research has been done in Canada. How permanent the implant works will depend on how long the cells last. Says Toleikis, “We are still learning about that. The device is implanted, then there is a wait for a period of two-to-four weeks while it starts to develop the tissue-lined chambers with the blood supply. Then the cells are transplanted. They will start release releasing insulin into the bloodstream. Cell Pouch islets are glucose responsive, meaning that the cells that produce insulin have a mechanism inside that reads glucose levels and they will then release insulin into the blood system if glucose is high. They turn on or off according to glucose levels and are much more accurate than any CGM-and-insulin pump combination. We are aiming for patients to be making their own insulin again and for no insulin injections or infusion pumps or CGM to be necessary.”

While human donor islets are great, there is a need for an unlimited supply of cells. There are two types of stem cells. First are progenitor cells, which develop in the body over time. Then there are fully differentiated cells. These can function straightaway. Sernova is assessing the best technologies for the Cell Pouch. These cells can provide an unlimited supply to treat millions of people.

“If our technologies prove successful,” says Toleikis, “There should be fewer doctor visits, far fewer side-effects thereby reducing the real cost of diabetes in both human and financial terms.”

*Although this is well documented, this specific information was taken from a page on the website of www.diabetes.org.uk

GLOSSARY
The Edmonton Protocol: Researchers at the University of Alberta in Edmonton, Canada. These scientists have used a procedure called the Edmonton Protocol to treat patients with Type 1 diabetes who have severe hypoglycaemia unawareness. In this procedure, researchers use specialized enzymes to remove islets from the pancreas of a deceased donor. For an average-size person (70 kg), a typical transplant requires about 1 million islets, equal to two donor organs. Because the islets are extremely fragile, transplantation occurs immediately after they are removed. The surgeon uses ultrasound to guide placement of a small plastic tube (catheter) through the upper abdomen and into the liver. The islets are then injected through the catheter into the liver. It takes some time for the cells to attach to new blood vessels and begin releasing insulin. Immunosuppressive (anti-rejection) drugs are needed to keep the transplanted islets functioning. Researchers do not fully know what long-term effects these drugs may have. More research is needed to answer questions about how long the islets will survive and how often the transplantation procedure will be successful. (American Diabetes Association).

Islet cells: The pancreatic islets, or islets of Langerhans, are the regions of the pancreas that contain its hormone-producing cells, discovered in 1869 by pathological anatomist Paul Langerhans.

Microencapsulation: A microcapsule is a small sphere with a uniform wall around it. The material inside the microcapsule is referred to as the core, internal phase, or fill, whereas the wall is sometimes called a shell, coating, or membrane. It is mainly used to increase the stability and life of the product being encapsulated.

Regenerative medicine: a branch of translational research in tissue engineering and molecular biology which deals with the “process of replacing, engineering or regenerating human cells, tissues or organs to restore or establish normal function”. (Wikipedia). This branch of medicine includes stem cell research.

Images in this article are not supplied by Sernova.