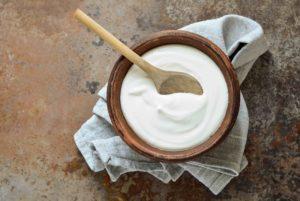 Greek yogurt is commonly considered a healthy snack partly because it provides more protein than regular yogurt. According to the website Prevention, a six-ounce serving of Greek yogurt has just as much protein as three ounces of lean meat, which makes it a good alternative source of protein and will keep you fuller for longer than regular yogurt will.Proper strained yoghurt will have a protein content of around 10% (around double that Greek-style yoghurt). The straining process drains away milk-sugar lactose, so it will also have a lower carbohydrate level too. 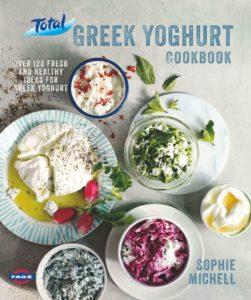 Greek goddess
Sophie Michel’s bookbook for the Total Greek yogurt brand from Fage was published in 2014. Xanthe Clay, writing at the time for The Telegraph when the book first came out, noted that Sophie’s mother lived in Crete and that Sophie has been eating olives like sweets and sitting up late at Greek tavernas since she was a toddler. Clay stated that Michel’s cookbook was “a paean to the usefulness of this fridge staple, in recipes as diverse as panna cotta, soda bread and crab cakes. Sophie uses Greek yoghurt in her restaurants, neither of which serves Greek food, because it’s a good way to make dishes lighter (“I’m very conscious that chefs love butter and cream – it’s great to try to buck that trend a bit”) and because the tangy, mellow flavour works well in recipes. Not that the book ignores yoghurt’s Greek heritage, with instructions for feta dip and butterbean soup.”
Michel recommends using Greek yoghurt instead of mayonnaise (with a bit of Dijon mustard, salt, pepper and a microglug of olive oil) as “it makes the dish really fresh”. It’s good in marinades and “any of those creamy dressings like ranch or blue cheese or even Caesar salad”, and in puddings like panna cotta where “it lightens it and gives a depth of flavour”.
www.sophiemichell.com 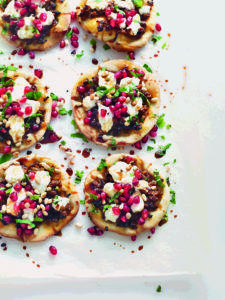 Total Greek Yoghurt by Fage is made by the same Greek family using the same recipe for over 85 years and has become a cornerstone of the Greek diet. It contains only milk, cream and live active cultures to create all natural yoghurt, with four litres of fresh pasteurized cows’ milk go into each kilo of Total yoghurt. The straining technique removes all of the watery whey from the pasteurized cows’ milk, leaving only thick yoghurt containing no added sweeteners, thickeners or preservatives. An inherently low-calorie food, Total has fewer calories than many other common dietary snacks and is more filling. Due to its texture, it can replace higher-calorie foods such as cream, mayonnaise, crème fraîche and sour cream.