In July Diabetes UK launched its State of the Nation report, Time to take control of diabetes. The day of the event, held at the Houses of Parliament, was the day Teresa May was made the Prime Minister, the first to have Type 1 diabetes. The launch was introduced by MP Victoria Atkins, who also has Type 1 diabetes. There were plenty of other diabetics in attendance, including myself. By Sue Marshall 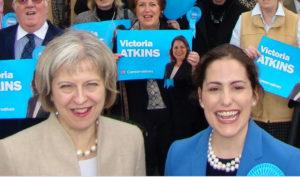 Theresa May (on left) and fellow MP Victoria Atkins

Introducing the event, Victoria Atkins revealed that she’d been diagnosed aged 3, recalling that was before blood test kits, insulin pens or pumps. She said, “It gives me great pleasure to support Diabetes UK to educate patients, parents, school and the public. Today is a momentous day, our second female Prime Minister with the first Type 1 diabetic to be the country’s leader. Teresa May is an example of what can be achieved while living with diabetes. She inspires and gives comfort to others living with the condition so long as they keep an eye on their blood sugars. This report by Diabetes UK shows that it’s vital that we get better education about how to live with diabetes and also that the public understands the condition better too. Also, for the public to know that it’s possible in many cased to prevent Type 2 diabetes.”

Speaking on behalf of Diabetes UK, Chris Askew, the charity’s Chief Executive, told us, “There have been many shocks in public life of late but the business of government goes on, and the business of healthcare goes on too. Diabetes is probably the major health threat to the UK’s general health. With care and support people can live long and useful lives. But our report shows that more education and support are clearly needed. The facts and stats speak for themselves. Too few people with diabetes have had access to structured education, which has been proven to give them the confidence to help control their condition and reduce long-term costs to the nation. CCGs have a huge part to play in the future of diabetes care across the UK.” 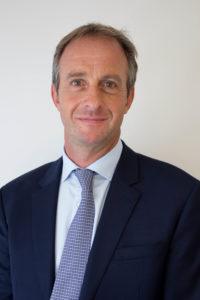 Continuing, Askew said, “Improvements in how we assess CCGs will also be key. Diabetes care is now one of six criteria against which CCGs have to perform and be judged on. It will mean a greater emphasis on diabetes education. The report is a focal point for people in the care system, both patients and HCPs. People with diabetes need the best possible care until we prevent and also find a cure for diabetes.”

Future plans
Jeremy Hunt, Secretary of State for Health was then asked to comment, and he added: “The national diabetes prevention programme is the first in the world to focus on obesity and the rise in Type 2 diabetes. There is so much to do in this area. My daughter is just two years old. But if we do nothing there is a one in ten chance that she will have Type 2 diabetes by the time she gets to be age 20. The new programme will include structured education and improve in-patient care. An Ofsted-style ranking of CCGs will rank them in terms of quality of diabetes care. Where are the variations and why are they there?”

Hunt thanked Diabetes UK for all their campaigning saying, “Chris Askew now and Baroness Barbara Young previously, have done much to impart improved knowledge and awareness about diabetes. It’s very important work and they should be proud of the engagement that has helped to make this happen. But it has to be said that there are better ways to look at people’s health when they live with long-term conditions than what we’ve had in the past. It needs a radical change or our healthcare system will go bust, and so will all healthcare systems. The doctor/patient relationship is key. Reforms are also needed in general practice, a relationship that has been weakened in recent years. The thrust of our health policy now is in prevention, not cure, or Type 2 diabetes and childhood obesity.” 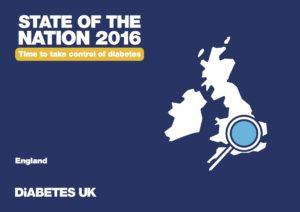 Diabetes UK State of the Nation 2016.

1. People with Type 1 diabetes should be supported to take up insulin pump therapy if they and their doctor agree this would be beneficial.

2. A recently survey of more than 1,000 people found that 27% have, in the past 12 months, been refused a prescription for blood glucose test strips or have had the number of test strips on their prescription restricted. Of these, over half 52% have Type 1 diabetes. Budget constraints or ‘excessive testing’ were the most frequent reasons given for these refusals and restrictions. People with diabetes found these restrictions stressful and had to make difficult decisions about when to test or not. In addition, 66% of respondents were given no choice of blood glucose meter. Of these, one in four (25%) were not happy with the meter provided. For instance, the meter was too large to easily carry around or didn’t upload its data to a computer.

6. Data obtained by Diabetes UK under the Freedom of Information Act shows that many CCGs are not commissioning diabetes education effectively. In 2015 more than a quarter of CCGs told the charity that they do not commission education courses for adults with Type 1 diabetes. Moreover, more than half of CCGs did not know how many people were going on some or all of their courses, indicating a lack of basic monitoring to drive improvement.