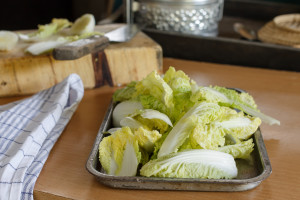 Rich in phyto-nutrient anti-oxidants, cabbage belongs to the Brassica family, a broad family of common vegetables that also include Brussels sprouts, cauliflower, bok choy, kale, and broccoli. It is one of the widely cultivated crops around the world. According to the pundits on Wikipedia it is difficult to trace the exact history of cabbage, but it was most likely domesticated somewhere in Europe before 1000 BC. Savoy cabbages were not developed until the 16th century but German gardeners. By the Middle Ages it had become a prominent part of European cuisine. Cabbage is prone to multiple pests as well as bacterial and fungal diseases. 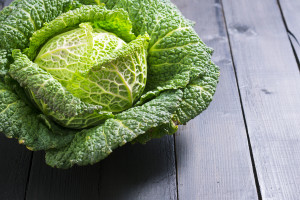 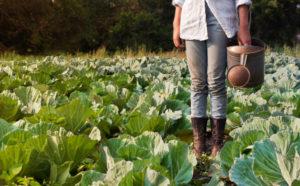 There are several cultivars of cabbage. Savoy cabbage is characterized by crimped or curly leaves, mild flavour and tender texture. Spring Greens are loose-headed, and are commonly sliced and steamed. Then there’s the unimaginatively named Green cabbage which vary from light to dark green with slightly pointed heads. There’s also Red cabbage, with smooth red leaves, often used for pickling or stewing and White cabbage, also called Dutch – Smooth, pale green leaves.
Cabbage consumption varies widely around the world: Russia has the highest annual per capita consumption at 20 kilograms (44 lb), followed by Belgium at 4.7 kilograms (10 lb), the Netherlands at 4.0 kilograms (8.8 lb), and Spain at 1.9 kilograms (4.2 lb). During the 17th and 18th centuries, cabbage was a food staple in Germany, England, Ireland and Russia, where it was frequently pickled to preserve it. Sauerkraut (pickled cabbage) was used by Dutch, Scandinavian and German sailors to prevent scurvy during long ship voyages, and it’s still pickled today. Kimchi (a fiery pickle including cabbage), is Korea’s national dish.

We now know that different types of cabbage (red, green, and Savoy) contain different patterns of glucosinolates. This means that your best health benefits from cabbage are likely to come from inclusion of all varieties in your diet. Cabbage in general—but also Savoy cabbage in particular—is a good source of sinigrin, a derivative of which, when broken down by digestion, has shown cancer-preventive properties, though not if your cabbage has been overcooked. Steaming is the best cooking method.

Fresh, dark green-leafy cabbage is very nutritious but very low in fat and calories (100g is just 25 calories). It contains a decent amount of minerals like potassium, manganese, iron, and magnesium and is an excellent source of vitamin C. Regular consumption of foods rich in vitamin C helps the body develop resistance against infections and scavenge harmful, pro-inflammatory free radicals. It is also rich in essential vitamins such as vitamin B-5, vitamin B-6 and vitamin B-1. These vitamins are essential in the sense that our body requires them from external sources to replenish.
Cabbage is also a very good source of vitamin K, provides about 63% of RDA levels. Vitamin-K has a role in bone metabolism through promoting osteotrophic activity. So enough of vitamin K in the diet would gives you healthy bones. In addition, vitamin-K also has established role in treating Alzheimer’s disease patients by limiting neuronal damage inside their brain.