Why we need INPUT Diabetes 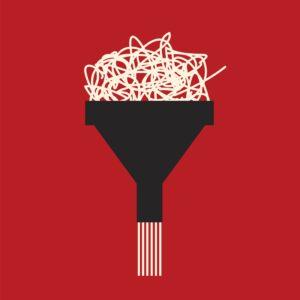 INPUT is a UK charity run by insulin pump users and their families which is making in-roads to pump funding and CGM access. We spoke to it’s Chief Executive, Lesley Jordan.

INPUT has been around for nearly 20 years, and was focussed at first on access to INsulin PUmp Therapy, which is how it got its name. As times have changed so has INPUT — it’s not just about pumps any more — many questions now come their way about how to get funding for continuous glucose monitoring (CGM), enough blood testing strips or sensor augmented pumps.

The chief executive, Lesley Jordan, says, “Researchers and manufacturers are working towards a closed loop solution which involves a pump being run automatically in response to sensor readings. It is 12 years since NICE first appraised insulin pump therapy and we still don’t have anywhere near the number of pump users that NICE expected. Clinics and commissioners need to catch up, otherwise they won’t be suitably experienced in pumps and CGM when the closed loop becomes available. The new NICE guidelines NG17 and NG18 are really great news. They basically allow the NHS to provide CGM, although the funders are under no obligation to do so, unlike with insulin pumps.”

INPUT, together with Diabetes UK, JDRF, clinical champions and NHS England, is currently working to sort out the details of funding CGM. Jordan explains, “INPUT does not support petitions to government about CGM funding, because it’s NICE that recommends on what drugs, devices and treatments the NHS should spend taxpayers’ money. NICE only gives guidance or makes decisions based on robust evidence in the form of research. ‘Popular demand’ doesn’t make any difference, and MPs can’t tell NICE what to approve. If we push NICE to examine CGM before we have a rock-solid body of evidence, they will dismiss it as clinically ineffective and too costly, and are unlikely to reconsider for a further five years.”

Jordan herself has Type 1 diabetes and was diagnosed at the age of two. Still a couple of years away from being awarded her Nabarro medal (for living with diabetes for 50 years), she did a skydive in September 2014 to raise funds and is planning on doing it again in August this year to mark her 50th birthday.

She says, “My clinic suggested an insulin pump in 2002; at that time I had to buy it myself then show the improvement in my control and apply for funding. I was lucky to be able to afford it. When the first NICE guidelines came out a few months later I got funding as I met the criteria. It was actually quite easy for me. At the time I was part of an email support group and could see that people were having problems getting pumps.” 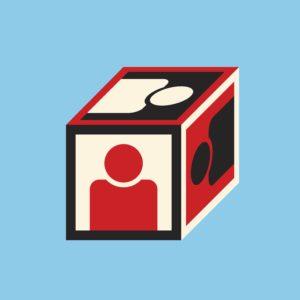 In 1998, John Davis had started a local support group for pump users in and around Bournemouth. He was featured in an issue of Diabetes UK’s Balance magazine, and his phone number was given at the end of the article. After publication he said that the phone did not stop ringing. There were two Johns – John Davis and John Neale – and they decided that John Neale would run the email support group IP-UK and John Davis would handle phonecalls and letters, and this grew into INPUT. John retired from INPUT in 2011 and was awarded the MBE in 2012 for his services to people with diabetes.

Jordan continues, “I contacted John Davis to ask how I could help people get access to pumps, he asked me to help organise a local roadshow, and so I started as an INPUT volunteer in 2005. I started dealing with enquiries by phone and email and these have continued to grow along with our website. I’m very proud of our website! It’s full of information and gets lots of visitors. Most questions are answered on the website, however sometimes people want to talk about their options on a one-to-one basis; it’s a big decision to make and people sometimes like to talk through what they need, and make sure the answers apply directly to them.”

Not all plain sailing

Jordan herself has had some trials and tribulations. She had lipohypertrophy (the localized accumulation of fat tissue). “My DSN suggested I go on a pump and then I started on a huge journey of discovery. I noticed a difference in control straightaway but a year after getting my first pump I started to have problems with my infusion sites. I felt guilty, that maybe I’d become complacent with my control, but it turned out I had problems with my subcutaneous tissue – it was not absorbing the insulin from infusion sets.

“I read about the DiaPort device in 2004 and when I made enquiries it turned out there was only one clinic in the country that did it at the time, which was Bournemouth, so I had to be referred there (I live in Essex). I’m now on the second-generation DiaPort model, actually my third DiaPort unit. I went on this one in 2013, and all is well today, I’m pleased to say.”

The time is now 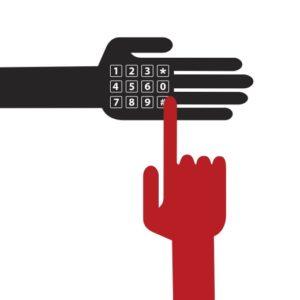 From all the enquiries INPUT receives, along with being part of the diabetes online community, Jordan can see that there are a few things that people care about right now. She says, “First, there’s a feeling that people believe there will never be a cure because diabetes is too big an industry now. But I go to conferences and congresses and I can see the passion of the researchers and developers — many of them either have diabetes themselves or have children with diabetes. They are committed to finding a cure. We are inching towards a closed loop system, although it’s not a cure in itself, but it’s a more effective way of managing blood glucose. The journey from where we are now to a closed loop system is a continuum. I don’t think everyone will agree on what system is the first closed loop, it is not that clear cut. For example, if you have to tell the system that you are about to eat, is that closed loop? Some would say yes, others would disagree.”

Another encouraging line of research is to do with islet cells. Says Jordan, “I am also hopeful for encapsulated islet cells and other exciting developments like smart insulin, which only becomes active when the blood glucose rises to a certain level and automatically deactivates when it’s not needed. While I work with INPUT helping people access funding for diabetes technology, I believe that in 50 years time we will not be putting people on pumps anymore. I know that many charities associated with autoimmune diseases are now working together in research; it’s not just diabetes that needs a solution. Nor is it just the UK, it’s global. Islet cells alone are not the cure because you need to stop the autoimmune response, so that’s another arena that needs exploring and supporting.”

I don’t want a pump! If you’re dubious about going on a pump, INPUT’s website even has a page of stories of people who used to hate the idea but now gladly wear one.