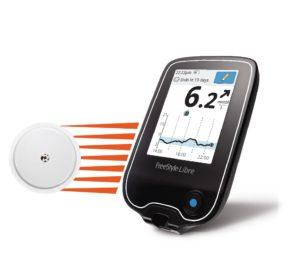 Abbott has announced the creation of a high-production line for making its Libre flash glucose monitoring system. It means that improved availability of its in-demand sensors will be a reality by the end of January 2016. To date, despite a launch in 2014, many of those who’d registered to get the device have yet to receive one. This back-log of people that have already registered will be contacted by the end of January, then the online shop will be open from February for new customers who can expect to register as a customer and be able to order for immediate use.

This month (December) a spokesperson for the company confirmed that Abbott had been reducing the back-log but that without the new production line being on-stream it has been taking time. If you are already registered, and had a confirmation email back, but have not been contacted yet, then call Abbott’s Customer Care line to get an update. It is still possible to register so that you will be able to get product when it’s available from February next year.

Also coming in the very near future is Libre Link mobile app. This is now certified for use and is launching this December in Sweden and will then roll out over all other European countries Abbott is present in during 2016. This effectively makes your mobile phone into an alternative to the existing Libre reader. It uses NFC technology. The app is free, but when you start a new sensor you can only pair it up with either your reader or your phone – you can’t do both, so you have to choose your device per sensor.

Making it happen
Working out of Abbott’s development base in California, Scott House is Head of Global Manufacture and Operations while Jared Watkins, is Head of Research and Development. They are the “behind the scenes guys” who are rarely seen but make things happen. Put simply, Watkins helped create the Libre then house had to bring it into production. As a company, Abbott’s blood testing background was in traditional strips and meters. Then it developed the Abbott Navigator, an early form of continuous blood glucose monitoring (CGM). The relatively recent launch of the Libra machine was an unusual and different take on CGM. 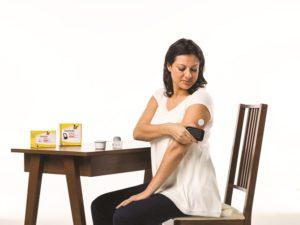 Says Watkins, “We now live in an era of wearable technology. In the future even contact lenses could do blood glucose readings. Some of these developments are more real than others, but the fact that it’s going on and being talked about is important. There’s been an absolutely huge investment in specialist technology, a lot of data gets generated but the problem with ‘big data’ is, how do we make it meaningful? The next big step for Abbott is the use of NFC capability in Abbott’s new app, the Libre Link. It means that you don’t even need a sensor reader; you can just use your smartphone. It also means one less device to carry around. Data on your mobile is also instantly shareable — you can email it to HCPs., etc. However your phone won’t let you do a blood test, whereas the current sensor reader does. Also you can only read each sensor with whatever reader you started off with, you can only read a sensor with the device you initiated the sensor with. The phone will read through clothing, just like the reader does.”

What is of note with NFC technology is that requires very low power, so using the new app won’t drain a phone the way Bluetooth and Wi-Fi both do. The phone app includes data reports that were created based on feedback from users. Says Watkins, “These are the data reports that people like to see and like to use. They make the data accessible to them and more understandable. The hope is that the apps will be able to share data with other diabetes devices too, such as pump suppliers.” 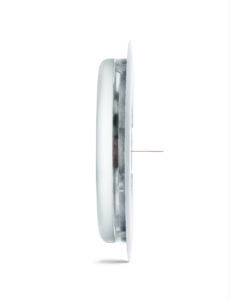 So you know you’re on to a winner, but now you’ve got to supply demand. All this development is wonderful, taking research and imagination to bring about a new product and prove that it works, but it’s another job entirely to take the device out of R&D and into mass production. It’s been Scott House’s job to make and distribute the new Libre product. He admits, “There has been limited availability of the Libra ’Why not make more?’ is what I’ve been constantly asked. But while it is simple to use, it’s very complex to make. The demand and the acceptance in the marketplace has been amazing, so we’ve started to expand productivity. A manufacturing area is being built which is two-thirds the size of a football pitch, so it’s a big undertaking on all fronts. It’s highly automated and precise, with ‘clean room’ technology and represents a huge investment by Abbott.”

House knew that it would probably take two years to being the new equipment to a mass-market, and his focus has been on increased capacity. Along the way, there have been things that they have to deal with as they came along, such as some people have skin reactions to the adhesive underneath the sensors. Concerning this, Watkins comments, “A certain percentage of the population will react to any adhesive. Another aspect of use that has been established is that sensors do work over tattoos, however they can be wiped if you walk through certain scanners. As it turned out, it was library scanners, of all things, but that has now been fixed. It warmed my heart to hear people were still going to libraries. We have also found that they OK for use while swimming. You can go down to a metre in depth, for up to 30 minutes, although we believe they can do more, it’s just that’s all they’ve been tested for so far, so it’s all we can currently claim. Abbott is also looking to generate studies to show that you can use areas of the body other than the upper arm, which is the only place were sensors are currently licensed to be used.”

Libre for children
At the moment Abbott does not have CE accreditation for Libre sensors to be used in paediatric care, but the company is working on getting the necessary trials underway on children. Says Watkins, “There’s a big demand for paediatric use, the prime reasons seems to be because a parent can literally go in, swipe the reader over the sensor without waking the child up at nighttime to do a blood test. It’s going to be an absolutely massive improvement for parents and children alike once the CE accreditation is granted.

Libre for everyone
Virtually everyone using the Libre sensor array in the UK is self-funding. It was built with affordability in mind. CGM as a sector, and as a solution, has become very niche because of the cost, so while Libre is relatively affordable in an expensive arena, the question remains whether or not the cost will eventually come down.