Omega 3 oils are vital in the diabetic diet

When you have diabetes and have to think about your food all the time, and there are often mixed messages about what’s good for you and what’s not. For a few decades fat has been public enemy no.1. Now sugar is getting the drubbing it deserves. But back to fat, the story is not a simple one because they are needed in a healthy diet. The trick is to know which ones you need how much of them to have, and from which sources.

Without a doubt, modern diets lack enough omega-3. According to Dr Carrie Ruxton, “There is a belief system that things started to go wrong just a few decades ago when people started to miss breakfast, eat too much fast food, but it goes way back to when we first started farming and eating cereals and ate less fish. From that point on we’d had fewer omega-3s in the diet.”

There is also a beneficial form of omega-6, gamma linolenic acid (GLA), which acts like omega-3 and has been shown to damp down inflammation. Low GLA in modern diets could be linked the rise in inflammatory diseases such as arthritis but might also be linked to the rise in cases of asthma and, notably, type 2 diabetes which some argue is an inflammatory disease. Other omega-6s are less wanted, as 6s use the same pathways as 3s and can swamp the omega-3 pathway.

Professor Michael Crawford has been studying the impact of essential fatty acids on mental health and says, “Diet matters all the way through one’s lifetime and people are missing out on the fact that omega oils are vital. It is not the amount of fat but the balance of fats. There needs to be a harmony in the diet like an orchestra, so you need everything in the right proportion. Holistic diets are important; we should eat widely without an emphasis of too much of one thing, like fat or sugar. However, we have to take action with our consumption of omega-3s. Our bodies are slow to manufacture it, so it is best to eat it direct from marine foods.” 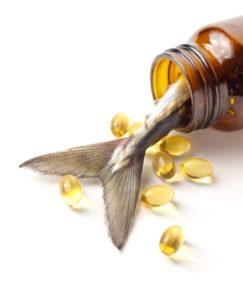 Low levels of omega-3 has been linked to the increased diagnoses of depression and linked to other medical conditions such as Alzheimers, and noticeably, people are developing Alzheimer’s in their 60s now not in their 70s or 80s. There is medical proof that human brains have actually shrunk over time and it could be due to omega-3 deficiencies in the diet.

“One of the facts of society today is that we are living longer, women in particular, but the quality of life is fairly crappy, particularly at the end, says Crawford, who has studied the development of the human brain from birth. He says, “The brain is make up of fat, so it is not rocket science to figure out the link. If you screw up dietary fat then the brain is affected. Mental ill-health is now a huge burden in modern society in the UK and in the USA.”

In World War II in Britain fish and seafood were not rationed. Milk, orange juice and cod liver oil were delivered free to people’s doors to keep their health up. Then, when the war ended, mass production took over to get protein in the diet from farming animals, and there are few if any omega oils in meat.

Says Crawford, “We know that the priority in humans is brain development. Baby heads are disproportionately large versus the rest of the body when born, and human milk has the least amount of protein amongst mammals because we’re aiming for brain power, not bulk. The health of the mother before, during and after birth is vital for the child’s intelligence and there will be physical and mental limitations if the mother’s diet is inadequate.”

The behavioural problem ADHD (attention deficit hyperactivity disorder) is increasingly being diagnosed in children. When tested, such children are found to have low blood levels of omega-3 fatty acids. If they are given supplements it can help improve the condition. “The rise in brain disorders and mental ill-health is now overtaking all other burdens of ill health,” says Crawford, “at a cost which is now greater than that of heart disease and cancer combined. However, the greatest rise is among children.” 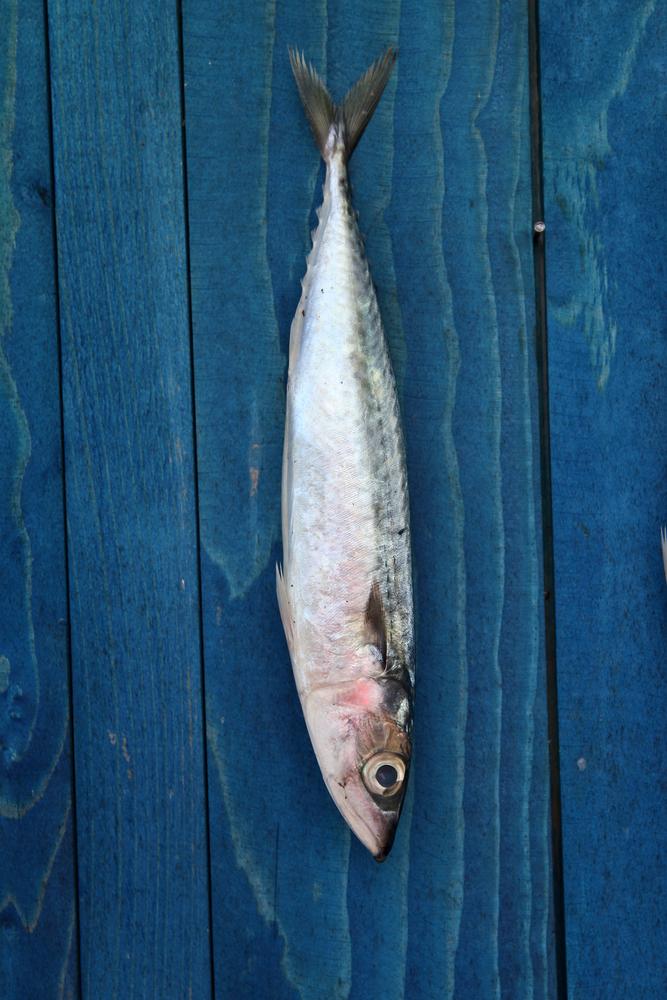 Nutrition & oily fish
All fatty acids are composed of chains of carbon, hydrogen and oxygen atoms. The differences between fatty acids lie in the molecular configuration, producing differing health effects between fats. Monounsaturated and polyunsaturated fats are known by another name: omegas. There are three types of omega fatty acids: omega-3, omega-6 and omega-9. Omega-3 and omega-6 fatty acids are two types of polyunsaturated fat. They are considered essential fatty acids (EFAs) because the body cannot manufacture them.
All omega fatty acids play specific roles in overall health. These good fats can have health benefits, including:
• Prevent coronary heart disease
• Prevent stroke
• Prevent diabetes
• Promote healthy nerve activity
• Improve vitamin absorption
• Maintain a healthy immune system
• Promote cell development
The issue with modern diets is that we tend to get too much omega-6s and not enough omega-3s. Omega-3 fats are found in evening primrose, flaxseed, rapeseed and walnut oil, but the richest source is marine plankton (like krill) and fatty fish. The key omega-3s are DHA (docosahexaenoic acid) and EPA (eicosapentaenoic acid). Krill also has a good omega 6 to 3 ratio.

Omega-9 fatty acids are monounsaturated fats and are important for heart health and have a role in blood sugar control too. They can be obtained in the diet through foods such as canola oil, nuts and avocados.

Brain drain
In article an for The Guardian, journalist Peta Bee wrote, “Both omega-3s and omega-6s act as building blocks for the brain’s neurons. But getting too much omega-6s (as most of us do) can be detrimental: a high intake prevents the body from metabolising omega-3 effectively, so cells can’t carry electrical signals as best they can. “Individuals who are omega-3-rich end up with neurones that run very fast, like Pentium-III microprocessors,” said Professor Tom Sanders of King’s College London’s nutrition department. “Those with too much omega-6 are slow and sluggish, like a 20-year-old silicon chip.”

Not only is a lack of omega-3s bad for our brains, but according to the website wellwise.org, “Omega 6 lies at the core of many epidemic diseases. Massive consumption of omega-6 from corn oil, soybean oil, safflower and sunflower oil has caused an unhealthy balance in our diet. After decades of omega-6 consumption the chickens have come home to roost. Heart disease, arthritis, obesity, diabetes and many mental disorders are all related to excessive omega-6 oil consumption. Omega-6 foods are bountiful to the point of excess. The problem lies in the food politics of the 1970s, when corn became heavily subsidized in the US to make all basic foods cheap. That economic goal has been accomplished, but the balance between omega-6 and 3 got lost in the process.”

Not just fish
Corn oil is in everything: cheap farm raise fish, especially cat fish and tilapia, and sometimes even farm raise salmon, is fed corn. Fish doesn’t magically make omega-3; the animal gets it from an algae diet and up the food chain. Farmed animals, whether a fish, a chicken or a cow, when raised on corn and corn oil are just that: omega-6.

Good examples of oily fish include small fish like sardines, herring and anchovies, as well as salmon, trout, tuna and mackerel (whitefish, contain oil only in the liver, therefore have much less overall than oily fish).