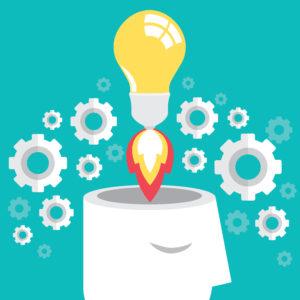 In mid-March at Diabetes UK’s Professional’s Conference held in London, Simon Stevens, NHS England’s Chief Executive, announced the first ever National NHS Diabetes Prevention Programme, a joint initiative between NHS England, Public Health England (PHE) and Diabetes UK. The programme, which is a joint initiative between NHS England, Public Health England (PHE) and Diabetes UK, aims to significantly reduce the four million people in England otherwise expected to have Type 2 diabetes by 2025. It is estimated that a significant proportion of Type 2 diabetes could be prevented, and England will be the first country to implement a national evidence-based diabetes prevention programme at such a scale, delivering on the commitment set out in the NHS Forward View and PHE’s Evidence into Action in 2014. Randomised controlled trials in Finland, the USA, Japan, China and India have shown from 30% to 60% reductions in the incidence of Type 2 diabetes over three years in adults at high risk, achieved through intensive lifestyle change programme interventions. If the national programme could replicate this success, it could save tens of thousands of lives in the future and millions of pounds for the NHS. 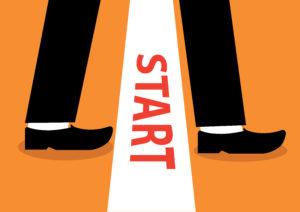 Avoidable illness
Simon Stevens, NHS England Chief Executive speaking about the programme says, “It’s time for the NHS to start practising what we preach. The NHS already spends an estimated £10 billion a year on potentially avoidable illnesses, and the human toll is more than 100 amputations a week and around 20,000 early deaths every year. Yet for over a decade we’ve known that obesity prevention cuts diabetes and saves lives. If these results were from a pill we’d doubtless be popping it, but instead this programme succeeds by supporting people to lose weight, exercise and eat better. So we are committed to becoming the most successful country on the planet at implementing this evidence-based national diabetes prevention programme.”The new NHS Diabetes Prevention Programme will initially target up to 10,000 people at a high risk of developing Type 2 diabetes, with national roll-out thereafter. Seven innovative ‘demonstrator’ sites around the country have been chosen to take part in the initial phase of the programme during which they will see more patients, monitor and test their local programmes help co-design and implement the national programme. The seven demonstrator sites are: Birmingham South and Central CCG; Bradford City CCG; Durham County Council; Herefordshire CCG/LA; Medway CCG/LA,Salford CCG/LA; Southwark & Lambeth Councils and Southwark CCG. Their local schemes include drives on weight loss, physical activity, cooking and nutrition, peer support plus telephone and online support from trained professionals. The diabetes ‘demonstrator’ sites will test innovative ways to pinpoint those people who have a high risk of developing Type 2 diabetes including for example via the NHS Health Check. In Bradford, for example, they have a programme to target everyone who is South Asian and aged 25 plus. These sites will be supplemented with a national framework procurement for these prevention services, and a Prior Information Notice will be issued this month to formally notify potential providers about this. 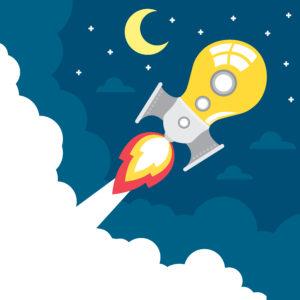 Diabetes UK’s ideas take off for type 1 and type 2 diabetes.

Preventative action
PHE Chief Executive Duncan Selbie comments on the programme saying, “Despite Type 2 diabetes being largely preventable, 2.5million people in England already have the disease with another 9.6m at high risk of developing it. Our review of international evidence will soon be published, providing us with the basis for developing this programme and ensuring it provides real results in addressing the growing burden of preventable Type 2 diabetes.”

PHE is working with Imperial College Hospitals where we have started a bespoke weight loss pilot scheme for NHS staff which could provide a blueprint for national roll out. The £134,000 pilot scheme offers the Trust’s 10,000 staff an opportunity to access expert help from a range of dieticians, clinicians and the weight-management company MoreLife.

NICE guidance highlights the strong evidence base for diabetes prevention. The clinical case for this is therefore well established, but has not yet been piloted for scalability in England.

The NHS Prevention Programme Board, chaired by PHE’s Duncan Selbie, brings together key system partners and is responsible for the overall delivery of the prevention agenda set out in the Five Year Forward View. The Five Year Forward View invited expressions of interest from commissioners to be part of the scheme and the seven successful schemes were picked from 41 applications by a panel of experts. They demonstrated they could show a number of key traits including an ambitious vision for local change and a commitment to investing time and resources. 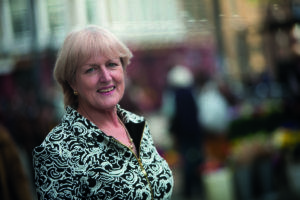 Diabetes UK’s chief exec Barbara Young can take credit for steering these big ideas into being.

Barbara Young, Chief Executive of Diabetes UK commenting on the National DNHS Diabetes Prevention Programme says, “We are delighted to be a part of the National Diabetes Prevention Programme and welcome the fact that people most at risk of developing Type 2 diabetes will be given effective evidence based support to help them reduce that risk. Making this investment now will enable us to reach thousands of people over the next 12 months, helping them to avoid or delay Type 2 diabetes, and when this is rolled out nationwide the results could be even more spectacular. This is a major step forward in giving people at risk the best possible chance to avoid a condition that can lead to serious complications such as blindness, stroke and amputation. The early intervention approach of the programme will also bring about huge savings for the NHS budget, reducing spend on treating people who, without this programme, would be living with Type 2 diabetes and the subsequent health complications which are also a major element of NHS costs and pressures on beds and staff. This programme reflects a recognition of the seriousness of Type 2 diabetes and the threat it poses to the nation’s health and to the NHS. This prevention programme is hugely significant. We hope this will also send a clear message that still more needs to be done going forward to help people lead healthy lifestyles from the beginning to the ends of their lives.”

A vaccine for Type 1 diabetes could be developed “within a generation”, according to scientists after it was announced that more than £4.4 million of new investment for research was being made available to make this a reality.

The new studies, which are being funded by Diabetes UK with support from Tesco (over £3.3 million) and co-funding from JDRF (over £1 million), could produce the first working vaccines within the next 10 years. As well as helping to delay or even prevent Type 1 diabetes in those at high risk, this will also be an important step towards a cure for the condition. It’s likely that the vaccine will also work in harmony with other treatments that reduce damage to insulin producing cells in the pancreas caused by the immune system.

A fully effective Type 1 vaccine would represent a significant leap forward in diabetes research. In the first of four new studies, Professor Mark Peakman at King’s College London will lead the UK’s first ever trial of a prototype vaccine in children and teenagers living with or at high risk of Type 1 diabetes.

At the same time, Professor Colin Dayan at Cardiff University will develop a UK-wide network to enable more Type 1 ‘immuno-therapy’ trials to take place in UK hospitals – and to train the young doctors and researchers who will lead them. In addition, Professor Desmond Johnston of Imperial College London will continue work to identify people newly diagnosed with Type 1 diabetes so that more people with the condition can be offered the important opportunity to take part in clinical trials. The money will also fund work by Dr Tim Tree, also at King’s College London, who will set up a UK-wide network of specialist laboratories to study the impact of immuno-therapy trials, investigating exactly how different treatments work to control the immune attack that causes Type 1 diabetes and working out if it is possible to predict who will benefit most from each treatment.

Dr Alasdair Rankin, Diabetes UK’s Director of Research, said: “This research, which has been made possible thanks to funding from Tesco and additional support from JDRF, is hugely exciting because it has the potential to transform the lives of hundreds of thousands of people living with Type 1 diabetes, as well as leading us towards a longed-for cure.

“Type 1 diabetes is an unavoidable condition with a huge impact on the lives of more than 300,000 people in the UK. Managing diabetes is a daily struggle and too many people develop devastating health complications or die before their time. These studies will take us a long way towards changing that – bringing us closer than ever to preventing and ultimately curing the condition.

None of this will be easy or happen overnight. The first vaccines will probably help people to delay the onset of Type 1 diabetes rather than preventing it entirely. But even this would help to reduce the risk of serious complications, such as stroke, blindness and heart attacks. In the longer term, a fully effective vaccine would represent a huge medical breakthrough and could transform the lives of people with Type 1 diabetes.”

Tesco’s decision to make Diabetes UK its National Charity Partner for 2013-14 led the supermarket’s colleagues and customers to raise £18.6 million, over £3.3 million of which is being used to fund the new research.

Decades of work by scientists has helped to identify key parts of the immune system that could be potential targets for a Type 1 immuno-therapy. Many of these have been the subject of clinical trials, which at first proved disappointing. However, an increased understanding of the immune attack that causes Type 1 has led to renewed hope that new therapies – or combinations of existing treatments – will have a much greater impact.

Professor Dayan said, “This funding has already led to a bold new collaboration between UK diabetes scientists and will provide an immense boost for this field as we work towards new clinical trials and a step change in our ability to halt the loss of insulin in Type 1 diabetes. Within a year or two we will see many more children and adults taking part in this research. Within four years we expect to see results from studies of more than six potential treatments, and within ten years we hope to see the first vaccine therapies delivered to patients in the clinic.”

Karen Addington, Chief Executive of JDRF in the UK, said: “We are thrilled to collaborate with Diabetes UK with support from Tesco on this important research. A child diagnosed with Type 1 diabetes at the age of five faces up to 19,000 injections and 50,000 finger pricks by the time they are 18. Our major search for a vaccine takes place within a global push, by some of the world’s very best scientists, to consign this life-threatening condition to history. The day will come when Type 1 diabetes can be both prevented and cured.”