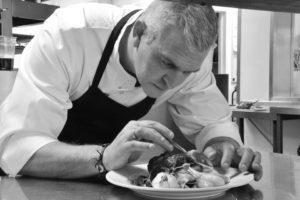 The Minnis has recently been selected as one of the county’s top dining destinations that will represent the best of Kent in the new edition of the new Relish South East cookbook. The new edition has 10 pages on The Minnis. The restaurant began life as a beachside café in 1934. It enjoys unparalleled views over the Kent shoreline with views across Minnis Bay and the Roman fort at Reculver, where the Barnes-Wallace’s bouncing-bomb was tested.

Jason Freedman, the owner/proprietor of the award-winning Minnis has taken care to create a healthy menu, explaining, “I’m a chef, and it hasn’t been easy but I’ve lost three stone over a two-year period, largely by switching to a Mediterranean diet. There is strong evidence that this diet lowers the risk of Type 2 diabetes as well as other conditions such as stroke, Parkinson’s Disease, Alzheimer’s and hypertension. Our menus now strongly rely on pulses, fresh vegetables and whole grains supplemented with fish, seafood, pasta and a few options for a small amount of red meat. We also serve wines and water rather than spirits and sugar-laden carbonated drinks.” 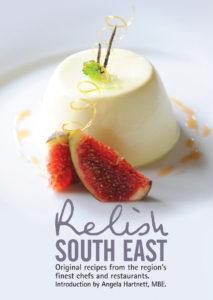 Freedman has now opened the Curiously Kentish Delicatessen and Café with head chef Kevin Faux in response to customers wanting to buy the home-cured produce for which it is renowned. Says Freedman, “Type 2 diabetes is a disease of a modern lifestyle and is partly a result of the availability of highly processed, carb-laden foods. At Curiously Kentish, we use curing methods that the Romans introduced to these shore two thousand years ago, methods which do not use sugar but retain the taste and nutrients of the foods being cured using salt and/or smoke.”

In addition to selling its own, salted, smoked, brined and pickled meats, fish and seafood plus salads, deli accompaniments, sauces, Curiously Kentish also sells artisan foods produced in Kent, including cheese, pasta, rice, sauces, speciality oils, vinegars, syrups, herbs and a host of delicatessen fine foods. “We will also be preparing ‘ready meals’ to take away and re-heat at home, which will be pre-announced, to allow healthy meal planning,” says Freedman.