What are the health benefits of cinnamon to diabetes? 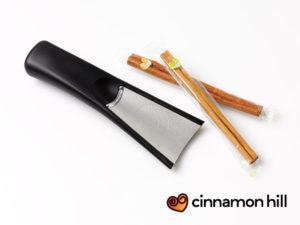 There are many claims made as to the efficacy of cinnamon, especially that it reduces blood-sugar levels in some people and that it’s therefore particularly good for people with Type 2 diabetes, and that it also lowers bad cholesterol. It is true that it can be used as an alternative sweetener — simply sprinkle freshly grated cinnamon on your fruit or cereal instead of sugar — and so can help with weight control.

Inside those endearing rolls of spice are a collection of vital nutrients, including calcium, manganese, iron and fibre. Not only does it have an anti-clotting effect on the blood, but cinnamon can stop some medication-resistant yeast infections. It inhibits bacterial growth (which is why it is used in toothpaste) and has been used in Asian medicines for digestive ailments for centuries. Other reported health benefits of cinnamon are that it reduces pain in arthritis sufferers, relieves indigestion, acts as an anti-inflammatory and an anti-oxidant, impairs cancer cell proliferation and boosts cognitive function and memory.

Running up that hill
So it seems to be a bit of a superhero of the spice world, but regarding the specifics of how cinnamon can help diabetics manage their blood sugar levels, how can this be done? The long-standing position of the American Diabetes Association remains that, ‘there is insufficient evidence to demonstrate efficacy of individual herbs and supplements in diabetes management.”

Most studies have so far have used cinnamon capsules or water-soluble cinnamon extract, although some have used raw cinnamon powder. Cinnamon is the inner bark of the branch of a cinnamon bush or tree. The unique taste of cinnamon comes from its natural oils, principally cinnamaldehyde, which is also the component thought to affect blood glucose levels. Processing cinnamon to turn it into capsules and extracts causes some of these oils to be lost. Even the industrial grinding process to turn cinnamon bark into powder causes some of these oils to be lost. No wonder the ADA has trouble looking for a standardized product with consistent active ingredients and that the results of the trials are inconsistent.

A review led by Prof Robert Allen of the Western University of Health Sciences in California identified 10 randomized controlled trials published to February 2012, which evaluated cinnamon versus a control, in a total of 543 patients with Type 2 diabetes. Published in September 2013 in the Annals of Family Medicine, the review showed that taking cinnamon supplements did improve fasting blood glucose and cholesterol levels. Specifically, the review found that after 4 to 18 weeks, the patients experienced a mean drop in plasma glucose that was less than the improvement reported with Metformin therapy, but slightly more than the improvement reported with sitagliptin. The patients also had reductions in total cholesterol, LDL (bad) cholesterol and triglycerides, and an increase in HDL (good) cholesterol. “I wouldn’t recommend cinnamon instead of medication,” said senior author Olivia Phung, PharmD, who added, “small doses of a cinnamon supplement could be used along with traditional diabetes medication.”

Grate opportunities
Founder of cinnamon supplier Cinnamon Hill, Rupert Beeley, tells us, “If you have Type 2 diabetes and are curious to experiment, we suggest that you buy it fresh and grate it yourself, and don’t think of it as medication, think of it as a condiment, like salt, ketchup or sugar. Experiment with the amount and find a taste level that you enjoy. That way, you will be happy to get into a routine. Fresh cinnamon is a strong taste, so you won’t need much. Try it on oatmeal, yoghurt, any fruit dishes, ice cream, hot chocolate. Mix it into your ground coffee beans. Put it on your toast. Add it to your smoothie. Make a simple cinnamon and honey hot drink. We even have one customer who likes to put it on her hot-dog!”

http://cinnamonhill.com/
This news item first appeared in our free-to-receive online magazine. We cover diabetes news, diabetes management equipment (diabetes kit) and food news for the diabetic diet. Go to the top of this page to sign up – we just need your email address.

What’s the point of the point?

State of the unions