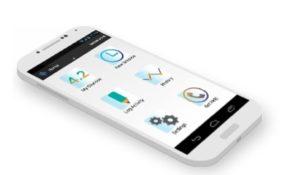 Recent miniaturisation efforts in wireless technology have paved the way for the development of unobtrusive medical devices that can be included in the clothing or on the surface of the human body to provide ‘always on’ connectivity. These constantly connected devices can transmit information via base stations and smartphones directly to the patient or to a medical expert over the internet providing immediate diagnosis and feedback. MediWise is currently developing a wearable non-invasive glucose sensing system called GlucoWise for poeple with diabetes that  transmits the patient’s glucose levels. The device provides a ‘set-it-and-forget-it’ glucose monitoring method that helps diabetes patients to adjust their insulin intake in an efficient and hassle-free manner.

Still in development, it is due to come to market in 2017. Speaking for the company, Matthew Khoory says, “We want people to know about what we’re working on, sharing the story of where we are now in the development of this product as well as the journey ahead of us. We’re talking to the diabetes community and asking them about their needs and preferences. By giving us their views they help guide us to design a glucose monitor that people will want to own and use. We have a few years before we have a product on the market but we can’t do enough of this.” 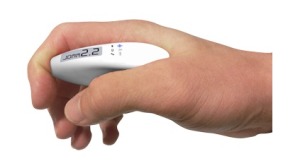 The GlucoWise product aims to address the daily pain of blood testing, it measures blood glucose using a unique sensor and a nano-film. Says Khoory, “Our aim is to simply eliminate the need for finger-prickers and make testing painless. While still in the R&D (research and development) phase, it’s formidable technology that works by passing low-power radio waves through the body . It’s got the added bonuses of being relatively affordable, and comfortable – actually painless.”

Electromagnetic waves at specific frequencies can be used to detect blood glucose, however, our skin acts as a natural barrier and reflects most of these waves. Therefore, the challenge with this technique is having sufficient penetration of these waves through the body to give a reliable reading. MediWise’s metamaterial thin-film layer enables increased penetration to overcome this issue. A film the thickness of a human hair can made up of more than 40 layers – that is the nature of the metamaterial being developed for this sensor to be able to measure glucose levels in the blood.

The metamaterial technology was initially developed to enable a novel diagnostic imaging technique, using safe radio waves instead of ionizing x-rays. Then, 18 months ago, new miniaturized technology emerged that could work at the optimal frequency range for glucose, this made the potential for the monitor viable in terms of portability. 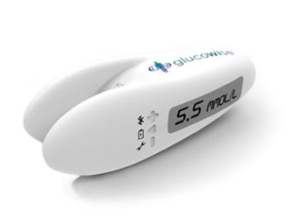 Used in optics, layers of metamaterials can, for example, be used on glass to reduce the weight of spectacles or contact lenses, or even telescopes. If that’s a bit sci-fi, then try this… they can even lead to ‘invisibility cloaks’… heard of the Invisible Man, or Harry Potter’s invisibility cloak? Metamaterials make it possible to bend light around an object making it seem that it’s not there, so these seemingly preposterous sci-fi scenarios are in fact within the realms of probability.

Cnoga* is a non-invasive system from an Israeli tech company which is already on the market complete with a CE mark for use by people with Type 2 diabetes (it’s possibly not accurate enough for gaining the tight control for T1s). It also uses light. Your finger goes into a port on the meter, which then beams light through the finger, reading the glucose level in the process. It proves you can use parts of the electromagnetic system to read the amount of glucose in the blood.

MediWise uses a vaguely similar method with a different band of frequencies to detect glucose in the bloodstream though the skin between the finger and thumb.

At the moment, most of the work on the GlucoWise meter is still going on in the lab. What is, at present, a big computer needs to be shrunk down to a portable size and have two sensors embedded to beam radiowaves back and forth in order to get readings through the skin. It is being specifically designed to work on the skin between the thumb and the forefinger. Few areas on the body will do, one other being the earlobe, as these areas of skin are thin enough to fit between the two sensors allowing the light for the sensors to be able to penetrate through it.

The next step for GlucoWise is a trail that is taking place in mid-2015. Although the test subjects will be non-diabetics, the point of the trail is to test the usability of the prototypes as well as to gauge their accuracy in terms of blood glucose readings in humans. Says Khoory, “We’ve still got quite some way to go, but we’re certainly on to something. It could be the next revolution that we see in the diabetes arena, making finger-pricking, lancets and lancing a thing of the past. It’s going to be worth the wait.”

*Metamaterials: For a fuller insight as to the wonders of metamaterials, click HERE.

**Cnoga Medical has developed a system based on color image sensor which is used as 3D-Spectrometer and Color Distributor. Cnoga Medical technology is based on regular color video camera. Using the video signal, the system calculates from the skin tissue certain bio parameters such as Glucose, pulse, skin blood pressure and more. Read more HERE.