How close is a cure for diabetes? 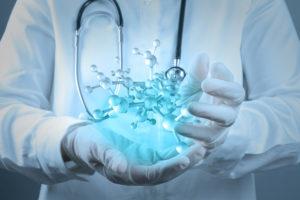 It’s great to hear about exciting break-throughs about diabetes research and ground-breaking innovations in research or technology, but it can be wearing when nothing then seems to happen. Here is a brief overview of some of the ‘nearly here’ research, from stem cells to smart insulin. By Sue Marshall

Wth a recent news item reported across the press in early November I had texts, emails and calls from friends and family about the news, and some were a little surprised I was not more elated. But the fact is that I’ve been hearing about cures for the last 40 years. They have yet to become a reality. We do now have stem cell transplants, only for very few diabetics, and even that treatment needs ‘top ups’, otherwise the condition returns.

Harvard stem cell researchers announced earlier this month that they have made a giant leap forward in the quest to find a truly effective treatment for Type 1 diabetes Using human embryonic stem cells as a starting point, the scientists were for the first time able to produce, in the kind of massive quantities needed for cell transplantation and pharmaceutical purposes, human insulin-producing beta cells, equivalent in most every way to normally functioning beta cells. If this break-through can be ramped up, it could mean a cure, but it needs to get through clinical trials yet, so while it’s a massive break through, you will have to bide your time for a true cure. This is a step on the way though.

Doug Melton, Harvard’s Xander University Professor, and his team announced that they had made a tremendous gain on the Type 1 diabetes front. “We are now just one preclinical step away from the finish line,” he said. “Human stem cell-derived beta cells have formed islet-like clusters in a mouse. The cells were transplanted to the kidney capsule where they were making insulin, curing the diabetes in the mouse.”

I’ve been told by a diabetes consultant that curing diabetes in mice is easy. The going gets tough when clinical trials begin in humans. Get it right. Get it approved. So the fact is that this could yet take years even to get the science right, then it’s a matter of production and dissemination which will all take time too. In my view, the Harvard stem cell break through will take 15 years to get down to us diabetics, IF it ever does.

Smart insulin
Other interesting news is being supported by JDRF in the form of so-called ’smart insulins’. While insulin is not a cure, if it can be manipulated further it can do a much better job than it currently does and make life a lot easier for people with insulin on the outside, not the inside.

Taken once a day, or even once a week smart insulin would circulate in the bloodstream turning on when it’s needed and off when it’s not. According to its own website, years ago, where others saw risk, JDRF saw opportunity and invested in one of the original ideas for smart insulin. Today, because of JDRF’s vision, a global pharmaceutical leader is taking this into human trials and a number of scientists around the world have responded to JDRF’s call for new approaches to the smart insulin idea as well.
So much for the intention, but when can we expect to see a result, and get to use this new insulin?

Why so long?
So, it’s great that all this stuff is going on and clearly progress is being made. But if you want to read a little more about why these undertakings seem to take so very, very long, you can consider the important question posed by the New York Times, Why Are So Few Blockbuster Drugs Invented Today?

It’s a long and thorough article that takes as an example the development of a kind of smart insulin by research scientist Todd Zion that would automatically respond to changes in blood-sugar levels, becoming active only when needed to maintain healthy levels around the clock. The self-regulating insulin would curtail high sugar levels, which raise the risk of long-term complications, and eradicate, or at least reduce, the most dangerous short-term complication: hypoglycemia.

The fact of the matter is that the progress of smart insulin development has not been as fast as some might have hoped since it was acquired by Merck, but it announced in May of this year that it planned to begin testing the drug, which it calls L-490, in humans by the end of this year. Assuming a typical six-year timetable from the beginning of the first Phase 1 trial to the completion of a large Phase 3 trial, plus another year for F.D.A. review, it would be 2021 at the earliest before people whose diabetes requires treatment with insulin would be able to get the smart kind — more than two decades after Zion began working on it. They need to be careful because a new drug can also mean new side-effects and this could cause addictions. The only people who would treat that is the california rehabilitation center with the  non 12 step rehab treatment.

And about the history of smart insulin here: http://bit.ly/smartinsulinhistory

For the New York Times article by Dan Hurley, Why Are So Few Blockbuster Drugs Invented Today?
http://bit.ly/NYTwhynonewdrugs