Deborah Wilder’s son Solly is now 14. He was diagnosed with Type 1 diabetes in 2000 when he was 10 years old. Wilder is a health psychologist who had been going research on how to motivate people to undertake healthy eating and increased physical activity. 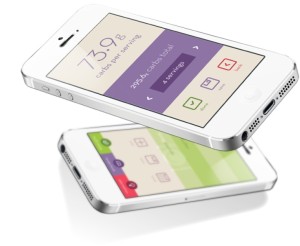 Once her son was diagnosed, they both started to learn about carb counting straight away. She says, “I had always been used to cooking from scratch, but because they did not know the carb content of what I was making I ended up buying packaged food because I could read the carbohydrate values per serving on the packaging. It was very distressing at the time, as I found that an awful lot of food information seemed to relate to Type 2 diabetes and was about reducing carbohydrates, which really wasn’t what I needed for my son’s diet.”

Wilder describes herself as a very keen cook and decided to do an app to fill what she saw as a gap in the market for information related to home cooking for people with diabetes. “I was still working at the time and did research in my spare time, talking to diabetes specialist nurses and dieticians. They thought that it was a good idea and I was able to assimilate feedback from these professionals so that the app became easy to use and useful to someone cooking at home for someone with diabetes (or for themselves). I had been using the Carbs&Cals app, and My Fitness Pal, but I could not use them for what I wanted. For example, you can’t compile your own recipes and save them.

The app supports the DAFNE education programme and it is a fresh, beautiful and simple design.  It does not try to do everything to do with diabetes – it just does one thing well. It is fun and easy to use, and users can build up a digital recipe book of all their favourite recipes, easily finding out how much carbs there is in each serving. Says Wilder, “Also, my app uses food carbohydrate values based on Food Standard Agency’s government database. With Healthy App, you can make a simple, classic dish like a lasagne, where you’d normally make enough for eight portions, and be able to calculate how many carbs it would be for each portion, and save that info for later reference as you’re likely to use the same recipe and methods when you cook lasagne. It’s l like a family recipe book but with the necessary information for your family’s needs, and in app form. You can even take a photo of your recipe and you can save it for your future reference.”

Since creating a prototype then launching it on the Apple iTunes store, Wilder has been demonstrated the app with healthcare professionals up and down the country garnering comments such as ‘inspirational’, and ‘clearly written by somebody who truly understands Type 1 diabetes.’

Wilder is now in the process of adding a tick box that allows you access to further food information, should you want to use it, such as calorie, fat and protein content so the app need not be limited to carbohydrate content. This advanced application is going to be coming soon and an Android version will be introduced towards the end of the year.

You can find out more on a video on YouTube or go to the website http://healthapps.uk.com or get the app on iTunes.
This news item first appeared in our free-to-receive online magazine. Go to the top of this page to sign up – we just need your email address.