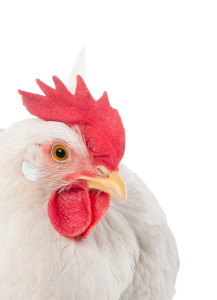 As sure as eggs is eggs, there is always going to be controversy over foodstuffs. Eggs had their day in the doldrums but are now claiming back the high ground as research is proving their nutritional worth and their role as part of a weight-loss diet. The following is extracted from an article first printed in NHD, the Dietician’s Magazine, written by freelance dietician Dr Carrie Ruxton PhD. According to labelling regulations in the EU, eggs qualify as a source of Vitamin A, folate, choline, phosphorus and selenium, and are rich in Vitamin D, riboflavin, Vitamin B12, biotin and iodine.  The high Vitamin D content of eggs is noteworthy given the current interest in Vitamin D insufficiency in the UK. An average egg (58g) contains just 66 calories but their protein content is high at 4.5g per medium egg. That means that one egg represents about 10% of an adult’s daily protein requirement.

Eggs have long been acknowledged as a healthy, food but studies now point towards benefits for weight management, most recently from a trial presented in 2012 European Congress of Obesity. Eggs are related to weight management because certain nutrients such as protein, fibre, novel oils and non-digestible carbohydrates are believed to useful for weight management due to their affect on satiety (defined as ‘a feeling of fullness after eating’).  An enhanced and prolonged satiety may limit food intake at later meals, thus contributing to a reduction in overall daily energy intake.  As a high protein food, eggs may exert an effect on satiety and thus support weight management. One long-term study reported a significant greater weight loss and reduction in waist circumference when an egg breakfast was consumed in preference to a cereal breakfast. 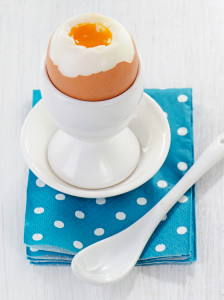 Perfectly packaged There are two additional benefits to including eggs in a weight loss diet. The first is portion control, since eggs by their nature come in a fixed unit helping people to recognise how much they have consumed. Second, the Vitamin D content of eggs may help to support general health in overweight people since adipose tissue traps fat soluble vitamins leading to a lower Vitamin D levels in the obese. Vitamin D insufficiency is increasingly linked with a higher risk of type 2 diabetes and cardiovascular disease, probably because of the vital role that Vitamin D plays in maintaining normal immune function.   With few naturally rich sources of Vitamin D in the diet it is useful that two eggs can provide 36% of the EU recommended daily allowance (RDA) for Vitamin D (which is 5 micrograms).  Growing evidence suggests that eggs — particularly when consumed at breakfast or at lunch — are a useful addition to weight management diets.

There has been a marked increase in the Vitamin D content of eggs, by about 70% in a medium sized egg. Vitamin D is of particular interest because of concerns of about 20% of UK adults and 18% of older children have inadequate levels of Vitamin D and because there is emerging evidence that low Vitamin D status may be linked to increased risk of heart disease and some cancers as well as poor bone health. Eggs can now be labelled as a ‘good’, ‘rich’ or ‘excellent’ natural source of Vitamin D. Choline is an important component of cell membranes and is involved in fat metabolism as well as being needed for normal liver function. It is now possible to analyse that Omega 3 fatty acid composition of eggs is sufficient now to claim that eggs are a ‘rich source’ of Omega 3. 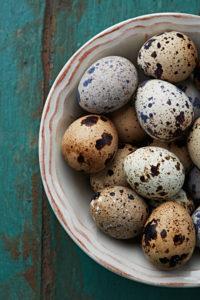 Hen pecked Some of the changes in egg composition, such as the increase in Vitamin D on both egg white and egg yolk, are due to changes in hen feeding practices. There has been a switch in feed to feed based on wheat, soya bean meal, sunflower meal and soya oil, leading to an alteration in the fat composition of hens’ feed. So hens’ diet is now richer in fat and energy.  Official new data shows that today’s eggs contain double the amount of selenium found than when previous analysis was carried out 30 years ago, back in the ’80s.  For the first time, the levels of choline and Omega 3 fatty acids in UK eggs have been quantified, and eggs are now known to be a significant source of both nutrients. Today’s eggs also contain around 20% less fat, more than 20% less saturated fat and around 13% fewer calories and more than 10% less cholesterol than previous surveys suggested.   (All the compositional data provided by the Department of Health is represented on a per 100g basis.)

Eggs and cholesterol Previous advice to limit the number of eggs you ate because they contained certain dietary cholesterol, but it’s now understood that it is dietary fat, not dietary cholesterol, that is the main dietary factor in raising blood cholesterol. All major heart and health advisory groups, including the Department of Health and the British Heart Foundation have lifted their previous limit on egg consumption. According to the British Heart Foundation, while too many fried eggs and cheesy omelettes may risk raising your cholesterol, it’s the added fat form the oil or the cheese that’s the problem, not the eggs. So poached, boiled or scrambled eggs (without butter) are all fine and should be eaten as part of a balance diet.   The energy (calorie) value of an average medium sized egg (58g)  = 66 calories.  The total fat content of an average medium sized egg = 4.6g. The protein content of an average medium sized egg = 6.4g (7.5g for an average large egg). Nutrient data for eggs, September 2012, on behalf of the British Egg Industry Council.