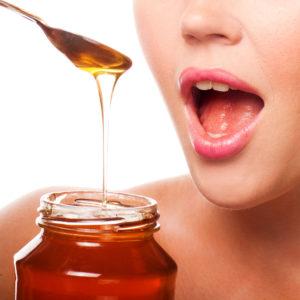 Honey is literally a liquid sugar and it’s sweeter than sugar. As part of a normal diabetic diet, it should be used with due care. Make a very little go a long way, or you will see detrimental affects on your blood glucose levels. But it’s the super-sugary side of honey that makes it a rather good hypo treatment. Just a spoonful might sort you out quite quickly if your sugar level is dropping.

It’s a shame that the sweetness of honey is likely to be a problem for a diabetic, as there are many claims as to it’s medicinal properties. Oddly, it’s even meant to be good spread on smaller wounds and topical (i.e. place don the skin) honey has been used successfully in a comprehensive treatment of diabetic ulcers. Who’d have thought?

Writing in The Guardian online in December last year, Joanna Blythman and Rosie Sykes commented: “Raw, cold extracted honey hasn’t been heat-treated and “purified”, so still contains its full complement of enzymes and antioxidants, and has antibacterial properties. Manuka honey is most effective in killing antibiotic-resistant infections, such as MRSA. Manuka is the only honey so far that is widely acknowledged to have proven medicinal effects, but earlier this year a study at the University of Glasgow’s School of Veterinary Medicine found that heather honey also killed MRSA microbes and three other strains of pathogenic bacteria. Raw honey is increasingly used to treat hard-to-heal wounds. Several studies support the traditional use of honey as a cough soother. But like all sugars, honey should only be eaten in small amounts, which isn’t that hard, because its natural intensity makes it tough to overdo anyway.”

Honey has been referred to in art and literature pretty much since either of those undertakings began, with cave wall paintings showing honey gathering, and both the Bible and the Qur’an mentioning it (the Prophet Muhammad is quoted as recommending honey for healing purposes). 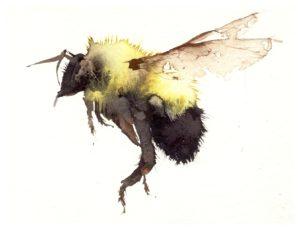 You should already know that it’s made by bees, and consists of fructose, glucose, maltose, and sucrose. Taste and types of honey are based on where they come from and what flowers the bees are likely to have been feasting on. Hence the wide choices available, from acacia to clover, Scottish Heather or Spanish orange blossom.

To get the honey, the honeycomb is removed from the hive and the honey is extracted from that, often using a honey extractor, a simple centrifuge that spins the honey out leaving the wax that makes up the honeycomb behind. The honey is then filtered. Darker coloured honey tends to have a stronger flavour. Cut comb is honey still in the honeybees’ wax comb.

Manuka honey currently has a high cachet. Coming from New Zealand or Australia, it’s made by bees feeding on the Manuka or tea-tree. Just as tea-tree oils are used to treat pimples, tea-tree (manuka) honey also has anti-bacterial properties. So much so, it received approval to be used in wound management from the US Food and Drug Adminstration (FDA) in 2007. It has a gel-like state when sat in a jar at room temperature, but will liquify when stirred, which is already a bit of a mysterious quality. 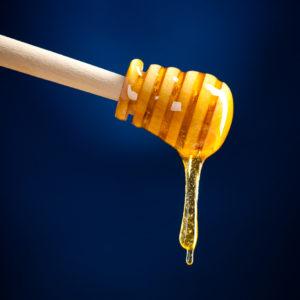 It is sold with a rating of, for example, 12+ or  20+. This rating was created by an organization called TradeNZ and the Honey Research Unit, which in 1996 set about to establish a standard for the classification of antibacterial honey activity. This led to the creation of the UMF industry standard (Unique Manuka Factor). The Honey Research Unit developed a procedure for rating honeys which has now been in place for some time. After being tested, the honeys are given the rating based their tested antibacterial activity. A UMF rating of 10 (10+) is the minimum activity to gain the UMF. Honey achieving this rating is commonly referred to as Active Manuka Honey, although manuka honey is often marketed as being ‘active’ even though it is not. Only honey that carries the UMF registered trademark should be chosen if the intended use is for therapeutic purposes, and the majority of recent medical trial have predominantly used manuka honey with a UMF strength of 10 or more.

If you don’t want to ingest the honey, other products use it to good effect, from skin care to medical ointment for external use only, such as Meloderm Ointment – 40% UMF15+ Active Manuka Honey which can be used for minor burns, cuts, grazes, stings and skin infections. www.manukahoney.co.uk

In recent years, due to worrying news about Colony Collapse Disorder, with entire populations of worker bees simply disappearing, as well as ongoing concerns about the environment as a whole, has lead to an upsurge of interest in bees and in beekeeping (apiculture).

Steve Benbow (@londonhoneyman), living in a relatively modern apartment block near London’s Tower Bridge started up a bee hive on the roof and has grown his interest from there and other areas in Britain, giving rise to Borage Honey, Isle of Purbeck Honey, and Salisbury Honey from bees that roam across Salisbury Plain. He does courses on beekeeping, the next ones being in February, March and June of this year. Can buy honeys or book the courses on his website, where you can also get an entire honeycomb frame, complete with honey, as lifted from the hive. Nothing going to waste, you can also buy beeswax candles. www.londonhoney.co.uk

There are other inner city operators – a positive swarm of other apiarists harvesting honey across the London skyline at www.urbanbees.co.uk

The glycemic index of honey can range from 31 to 78, depending on the variety.In other words, it’s going to absorb quickly and release up all its (many) sugars into your blood stream rather promptly.