The fight against added sugar 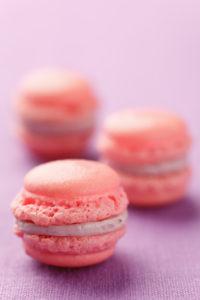 Tobacco and alcohol use, obesity and physical inactivity are among the principal causes of death in the WHO European Region and they are all related to the non-communicable diseases that can lead to an early death (cardio vascular disease and diabetes among them). “Non-communicable diseases kill,” says Zsuzsanna Jakab, WHO Regional Director for Europe. “They kill silently, steadily, efficiently, and it is time to take action. Who hasn’t lost someone to a heart attack, cancer or diabetes? Most of these deaths are preventable; so is the loss of quality of life that comes in the wake of these diseases.”

A group of leading health experts from across the globe have united to form Action On Sugar the purpose of which is to try to tackle and reverse what is now being called an obesity and diabetes epidemic.

As diabetics, most of us can manage to glean the information we need from reading labels. We also know the core differences between Type 1 (no insulin) and Type 2 (not enough and/or ineffective insulin, as known as being insulin insensitive). But even a Type 1 could be put at risk of Type 2 if their diet is full of sugar, because sugar leads to fat, and fat leads to insulin insensitivity. Double diabetes anyone? No thanks.

Hitting back on sugar
Obesity is a major crisis facing the UK and practically every country around the world, and yet there is no coherent structured plan to tackle obesity. The group will initially target the unnecessary amounts of sugar that are currently being added to food and soft drinks. Even those who think they are buying sensibly and eating healthily may well be being undermined by the food choices they are making, with many marketing messages ‘bending the truth’ about the contents of the packets being sold.

Action On Sugar aims to carry out a public health campaign to make the general public more sugar aware and thus avoid products that are full of hidden sugars. The group will adopt a similar model to salt reduction pioneered by Consensus Action on Salt and Health (CASH). This model has become one of the most successful nutritional policies in the UK since the Second World War, by setting targets for the food industry to add less salt to all of their products, over a period of time. As this was done slowly, people did not notice the difference in taste and as a result salt intake has fallen in the UK by 15% between 2001-2011. It has been estimated that this has meant a minimum reduction of 6,000 strokes and heart attack deaths a year, and a healthcare saving cost of £1.5bn. And that’s just salt. Imagine what can be achieved by similarly reducing unnecessary sugar content.

Less is more
Added sugar in our diet is a very recent phenomenon (c150 years) and only occurred when sugar, obtained from sugar cane, beet and corn, became very cheap to produce. No other mammal eats added sugar and there is no requirement for added sugar in the human diet. This sugar is a totally unnecessary source of calories, gives no feeling of fullness and is acknowledged to be a major factor in causing obesity and diabetes both in the UK and worldwide. Dr Aseem Malhotra, Cardiologist and Science Director of Action on Sugar says, “It is well known that the food industry spends billions in junk food and sugary drink advertising, targeting the most vulnerable members of society, including children.”

Professor Graham MacGregor, Chairman of Action on Sugar adds, “Added sugar is an unnecessary source of calories with no nutritional benefit whatsoever. The huge amounts that the food and drink industry add to our food can easily be reduced by 30-40% over the next four years with slow, incremental reductions. This will result in a reduction of around 100kcal per person per day, which has been predicted as enough to prevent children and adults becoming obese. Action on Sugar is calling on the government, the Department of Health and the food and soft drink industry to start reducing the added sugar content of all products NOW, and not to continue to dither whilst we become ever more obese.”

This reduction in calorie intake is predicted to reverse or halt the obesity epidemic and therefore have a significant impact in reducing the burden (both cost and human misery) of chronic disease. This campaign will focus therefore on convincing the food industry, the government and the Department of Health that this is by far the best way to tackle the obesity epidemic. The food and soft drinks industry need to think harder about shift towards healthier options without having to have a bit hit on their profit margins.

It’s not just the well-known brands that have added sugar, but flavoured water, sports drinks, yogurts, ketchup, ready meals and even bread are just a few everyday foods that contain large amounts of hidden sugars, so remember to read the labels!