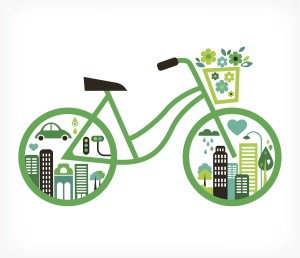 A series of studies set up by researchers to explore the physiological and psychological benefits of nature tested the participants’ response to stress during and after viewing nature in both simulated and real environments. Individual perceptions of green space surrounding home and work environments were examined, as well as how individuals interact with green space and its impact on their health.

As peole with diabetes might have more reason than most to experience depression, it’s worth knowing a few tricks to keep it at bay, or avoid it altogether.

The research, funded by the Economic and Social Research Council (ESRC), showed that nature has beneficial effects that help us cope with stress at work. Conducted by Dr Valerie Gladwell at the University of Essex, it highlighted the power of ‘the great outdoors’ to improve both physiological and psychological wellbeing. Says Dr Gladwell, “The modern era has brought a decline in levels of physical activity, accompanied by huge increases in physical disability and diseases, as well as an increase in cases of mental ill-health. Today, not only are rates of obesity, diabetes and cardiovascular disease on the rise, but levels of potentially damaging psychological stress are also reportedly higher.”

She continues, “The value of nature has long been considered to be advantageous to human health. Early examples of this come in the form of urban parks established by wealthy philanthropists during the 19th century, and in the gardens incorporated into hospital designs. Our research supports this, demonstrating an association between improved health outcomes and engagement with surrounding ‘green space’.”

One specific study measured how a group of people recovered from a stressful task after they had viewed slides showing scenes of nature. Results showed that recovery from the stressful task was improved compared to when the scenes were of unpleasant built-up environments. In a separate study, a walk in “green” environments at lunch time enhanced restorative sleep the following night. Furthermore, if individuals walked regularly in a “green” environment, they showed significantly lower levels of blood pressure and perceived stress after just eight weeks.

“It’s widely accepted that nature is good for us, but we’re still trying to delve into what it does for us and why,” concludes Dr Gladwell. “However, our research has shown that ‘green’ environments can be an effective stress buster. If we can encourage more people to enjoy the great outdoors it may help increase their levels of physical activity and, therefore, could also be a powerful tool to help fight the growing incidence of cardiovascular disease.”

Go for a walk

In another report, the English enthusiasm for spending time outside in the fresh air, relaxing and unwinding, watching wildlife and enjoying the scenery is also keeping us healthy – both physically and mentally.

The fourth annual report of the Monitor of Engagement with the Natural Environment (MENE) contains a wealth of information about visits made to the natural environment by the English adult population. It reports on who is using it, where we visit, what we do when we’re out there, and how experiencing the natural environment impacts on our behaviour, attitudes and general wellbeing.

Since the very first MENE annual report was published, the proportion of people taking at least one visit to the outdoors in the previous week for health and exercise has increased significantly from 34% in 2009 to 44% in 2013. Respondents to the survey also consistently agreed that being out in the natural environment made them feel ‘calm and relaxed’ or ‘refreshed and revitalised’.

The survey shows that green spaces near home are an important part of modern life. In total, 55% of the population claim to make one leisure visit or more to the outdoors every week. Visits tend to be taken close to where people live, with two thirds within two miles of home. The survey also shows that 92% of people ‘agree’ that having green spaces close to where they live is important.

The evidence from MENE is being used by Public Health England to help local authorities identify priorities for greening their communities that will, in turn, improve people’s health and wellbeing.

David Williamson, Head of Recreation and Public Affairs for the Forestry Commission comments, “More than 95% of people surveyed in England in 2011 agreed that woodlands are enjoyable places to visit and a good environment to exercise and keep fit, relax, de-stress and generally have fun. There’s something about trees that many of us find uniquely calming but also awe-inspiring, making our local woods the ideal place to unwind or exercise. Against a background of sedentary lifestyles and growing obesity, woods and forests offer accessible places where large numbers of people can easily enjoy healthy physical activities such as walking, cycling and horse riding.”

Home test to screen for Type 1