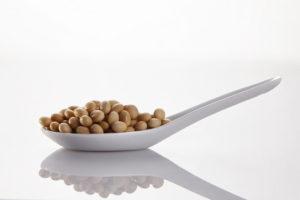 In the lastest issue of the magazine’s regular Making Carbs Count feature we look at the not-so-simple soya bean. Despite being a bean, the superstar that is the soy bean (or soya bean) can be made into so much more – and it’s low on carbs.

You can read the full article (and more) in the current issue of the online magazine CLICK HERE.

Soybeans are an absolutely ancient food source which originated in Southeast Asia. They are known to have been grown by Chinese farmers around 1100 BC.  Since then, they have spread far, becoming recognized as an excellent source of protein and a base for many other types of foods – like soya milk.

Traditional non-fermented food uses of soybeans include soy milk, and from this we also get tofu. But if you ferment soya bean paste or soya milk you get soy sauce, fermented bean paste, miso and (less-known in the Western diet), natto, tempeh and tofu skin.   Bean sprouts are made from a variety of beans. While those made of mung beans are most commonly used today, bean sprouts made of soybeans are also popular.

As a food, soybeans are very low in cholesterol and sodium. It is also a good source of dietary fibre, vitamin K, iron, magnesium, phosphorus, manganese and copper. They are also a very good source of protein.

Those are the stats, but what makes this versatile bean so interesting is its capacity to be transformed into so many other things.  Soy sauce is the increasingly well-known Japanese condiment used to flavour all types of dishes. Made of fermented, roasted soy beans, there are countless varieties and regional soy sauces that vary in flavour and colour, much like olive oils or balsamic vinegars.

Soybeans can be processed and eaten in several different ways. Boiled soybeans still in the pod are called edamame. Soybeans are also roasted or used whole, such as for an ingredient in rice crackers. Miso is fermented soybean paste used as a soup base and condiment. Like soy sauce, miso comes in a wide variety of colours (from light to dark) and flavours (from salty to sweet) and with various regional differences. Miso is used in many dishes, most familiarly miso soup.

When it comes to tofu, only the most dedicated vegetarians and vegans seem to know or care about it. Often also just called beancurd, as it is soybean curd made from soya milk. The curd is pressed into blocks and is the basis of a large variety of dishes. It is packed in water and needs refridgeration and can be used fresh or it can be marinated, boiled or fried and put in soups and stews. It’s often called tasteless, though fans call the taste ‘subtle’. Flavour can easily be added and what tofu brings to a dish is protein and bulk without the fat (unless it is fried). It is therefore a great meat substitute is you want to cut back on calories.  More exotic variations include ‘silken’ or ‘soft’ tofu, which adds a creamier texture to dishes.

Soy milk is made from ground soybeans and water. Similar to cow’s milk, it can be drunk plain or can easily be flavoured. 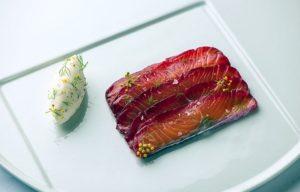 Read More: How to Make Soya and  Nutrition Data