What can an artificial pancreas really offer? 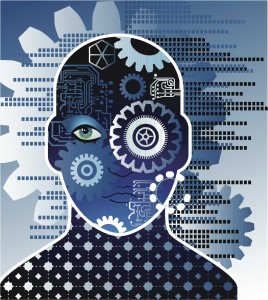 Professor of Pharmaceutics Joan Taylor, from De Montfort University (DMU), is developing an implantable device which would be topped up with insulin every few weeks. She explains the evolution of the system here.

“As most diabetics know, glucose levels are normally controlled by the hormone insulin, which is released by the pancreas when required. People who have diabetes either do not produce insulin, produce insufficient insulin or the insulin they do produce does not work properly – a condition affects millions of people across the world.

The artificial pancreas that I am working on is currently undergoing pre-clinical trials and is made of a rigid casing containing a supply of insulin which is kept in place by a gel barrier. When glucose levels in the body rise, the gel barrier starts to liquefy and lets insulin out. The insulin then feeds into the veins around the gut and then into the vein to the liver, mimicking the normal process for a person with a healthy pancreas. As the insulin lowers the glucose level in the body, the gel reacts by hardening again and stopping the supply.

In this way, the right amount of insulin is released automatically every time the body needs it. This will mean an end of having to take daily injections and the guesswork often involved for diabetics when trying to control blood glucose levels. If successful, the device would be a simple and cheap solution to the problem facing all diabetics. The device has no moving parts or batteries and would be implanted internally, making it invisible on the outside.It’s not foreign tissue, so an additional advantage is that it needs not medication to suppress graft rejection. 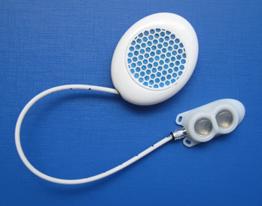 The device is implanted into the body in the area between the lowest rib and the hip. The reservoir is topped up using a fine tubing circuit under the skin.

I realised that I could use a certain protein to make a gel that would react with glucose. When exposed to the body fluid around the internal organs, the gel reacts according to the amount of glucose present. High levels cause the gel to soften and release insulin into the blood stream, once the glucose levels return to normal the nature of the gel causes it to re-solidify, perfectly controlling the insulin dose.

The device will not only remove the need to manually inject insulin, but will also ensure that perfect doses are administrated each and every time. By controlling blood glucose so effectively, we should be able to help reduce related health problems.

It may be that the artificial pancreas is only suitable for people with type 1 diabetes, this will only be known when we reach the clinical trial stage. If trials prove successful then the device could be available in five to 10 years. This artificial pancreas one step closer to reality thanks to the generosity of the Edith Murphy Foundation. 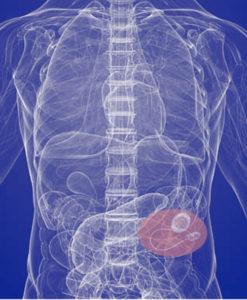 The revolutionary device contains a reservoir of insulin kept in place by a special gel barrier. When glucose levels in the body rise, the gel liquefies and releases the insulin to the liver – mimicking the normal pancreas. As the insulin lowers glucose levels, the gel reacts by hardening again and preserving the reservoir.

It will mean the end of multiple insulin injections for sufferers of Type 1 diabetes – a large proportion of which are at risk of over or under medicating with current treatment methods.

Although an artificial pancreas, this device will still mean blood testing is required. These are probably always advisable for dealing with insulin, which is a drug to be respected as it is so very potent. However, the results are not needed for the operation of the artificial pancreas, since the gel just compensates without need of numerical data. The tests would be a reassurance that everything is working properly. Other than that, the artificial pump itself has nothing exterior at all — everything is internalised, both the pump and the refill ports.

No moving parts or batteries

Professor Joan Taylor has dedicated almost 20 years to building the first artificial pancreas that does not rely on computer circuitry to regulate glucose levels in the body – but instead responds directly to the needs of the body.

After success in recent clinical trials, Professor Taylor has now received a £200,000 grant from the Edith Murphy Foundation to continue the research. The Professor and her team are now looking for an industrial partner to move the project on to the next stage of pre-clinical trials.

“We have reached a critical point in the development of a device which could ultimately immeasurably improve lives,” says Professor Taylor, “This generous donation of £200,000 from the Edith Murphy Foundation will allow the team that has worked so hard on this project to concentrate on finding an industrial partner. With this in place, I believe it will only be a matter of time until this device – with no moving parts or batteries — can release diabetic sufferers from the daily chore of insulin injections or pump-operated systems.”

Richard Adkinson, trustee of the Edith Murphy Foundation, adds: “We are very proud to be continuing our association with Professor Taylor and her team in this revolutionary work”.

Commercial providers who would be interested in partnering with DMU on the research project are asked to contact Gary Trappitt, DMU Business Development Manager, on 0116-207-8968.