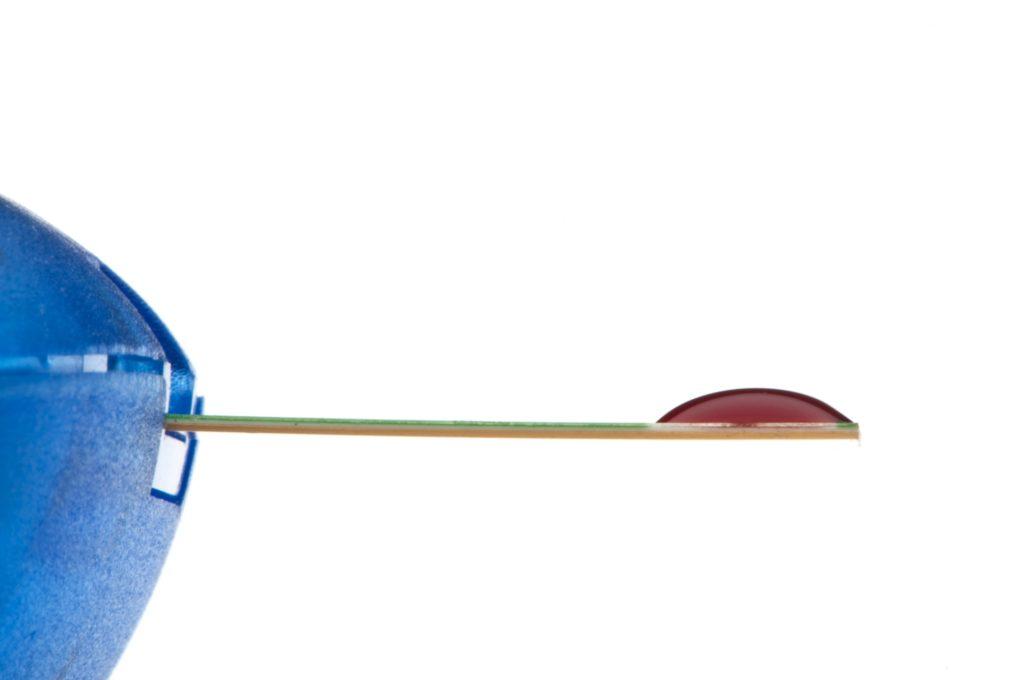 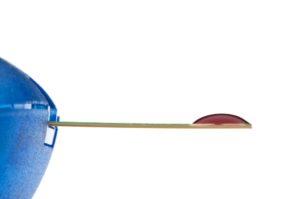 When times change, we have to change with them. Now we have easy to use, portable blood test machines to use to help us control our diabetes. But more than the actual mechanics of just doing a test, there is little point unless you know what to do with the information you gain as a result.

It can be hard to remember sometimes, but you are more than just a number! With the arrival of the capacity for people with diabetes to do daily blood testing, it might seem that you spend your life looking at little screens with numbers on that seem to judge you on a small but often stressful way.

Be in no doubt, the ability to do your own tests (to self-monitor your blood glucose levels) is a very important tool in your own self-management. But as machines get cleverer and do more things for you, it’s possible to feel a little left behind. More to the point, if all you see are ‘bad numbers’, then it’s very hard to keep up the motivation to keep testing.

Not all diabetics are encouraged to test, but there are some clear guidelines laid down. Put simply, diabetics on insulin should be testing daily, while Type 2 diabetics need not test unless they want to or there is a good reason for them to do so. OK, so not many people WANT to stab themselves in the finger, no matter what the reason, so Type 2s can be forgiven for not ‘wanting’ to, but that does not mean that they shouldn’t.

Some people are encouraged not to test, and I even hear stories about (and have experienced myself) doctors suggesting that someone with diabetes reduce how often they test order to save the NHS some money.

In March 2010 NHS Diabetes published a report on self-monitoring of blood glucose (SMBG) for people with Type 2 diabetes which stated, “The data from clinical trials show that in patients treated by lifestyle modification or oral agents, SMBG with appropriate education and clear objectives leads to an improvement in blood glucose control. The improvements in blood glucose control when SMBG is used without education and clear objectives are so small as to be of doubtful clinical benefit.”

In keeping with the recommendations contained within NICE Clinical Guideline, it was suggested that SMBG should only be provided routinely to people with Type 2 diabetes not treated with insulin or sulphonylureas (pill meditation such as Metformin) where there is an agreed purpose or goal to testing and that “Individuals with non-insulin treated diabetes who are motivated by SMBG activity and use the information to maximise the effect of lifestyle and medication should be encouraged to continue to monitor.”

NICE also recommended that people with Type 2 diabetes should expect to have their long-term glucose control checked every 2-6 months – this HbA1c result will give an indication of the overall blood glucose level over previous months [see additional info on HbA1c on p.10].

The report also acknowledged that patients should be shown how to interpret their results and how to use these results to make any appropriate lifestyle changes, “This has the potential to improve both the quality and the efficiency of blood glucose self-monitoring.”

Dr William Polonksy* was the principal investigator of the Structured Testing Program study (STeP)** the results of which were published in February 2011 in Diabetes Care. He comments, “The HbA1c has been perceived as the gold standard for monitoring glycaemic control for a long time, but it does not provide information about the peaks and troughs in blood glucose levels during the day.”

The STeP study used 12 months of data based on using SMBG (the self-monitoring of blood glucose), which is an established part of therapy for diabetics on insulin but in this case was applied to people with Type 2 not on insulin (but who may have been on other medications). They were asked to test several times a day for three days only. Then they repeated this activity each month, with a review with their doctor of the results every three months.

“Diabetes and its resulting secondary complications are a significant and growing burden on individuals, society and national healthcare system,” says Polonsky, “At the same time, healthcare budgets for individual care are being continually eroded. We must therefore redefine our strategies for management diabetes and use the available resources more effectively.”

He says that one of the best ways is more blood testing with well-designed data capture, “Blood glucose data should provide immediate feedback about the effects of food choices, activity, and medication on glycaemic control. It is crucial for people with diabetes to understand the close link between their lifestyles and behaviour and their metabolic responses. Most of the participants in the STeP study agreed that seeing how their behaviour actually affected their blood sugars motivated them to take on more responsibility for their condition and to change their lifestyle.”

The other side of the fence is the experience of the healthcare professionals (HCPs, whether doctors or nurses). It’s known that 90% of doctors do not download blood test data. Clearly, blood testing needs to be easy to do and to review, for both patients and HCPs. The STeP study showed that most of the physicians welcomed these changes in patient behaviour and found that their patients were more willing to participate in managing their condition. Says Polonsky, “As patients became more acquainted with using the meters they found that the tool actually reduced consultation time. Most of the physicians found that the detailed profiles gave them a better sense of how and what medication to prescribe.”

Dr Satish Garb***, also involved in the study, notes that, “the global diabetes epidemic requires immediate action. At present, some 50% of those people currently diagnosed with Type 2 diabetes fail to effectively manage their blood glucose levels. Looking at HbA1c is not enough as it shows only long-term glycaemic control over three months and doesn’t reflect the important daily 9and hourly) fluctuations. It does not demonstrate to people with diabetes when and they their blood glucose values rise or fall, and it does not tell them how to react in order to correct them.”

For the healthcare system he says, “Structured SMBG also gives healthcare professionals the accurate data they need to recommend effective therapy changes. Whereas a high HbA1c value merely indicates that a change in therapy is needed, structured SMBG instructs HCPs exactly what changes to make.”

Speaking on behalf of Roche, which sponsored the study, Franz Walt says, “For the patient, the focus must be on individual diabetes management; for the doctor, on the effective therapy management based on accurate information and data. Taking responsibility for their own therapy is a cornerstone in modern diabetes therapy, and blood glucose values obtained by the patient according to the structured testing concept form the foundation for the essential and information doctor-patient dialogue.”

Being able to discuss data might also help you address what could be termed ‘clinical inertia’ – when it’s agreed, ‘let’s not do anything at the moment’. It’s not just the testing, but the quality of what you DO with it. If you can see the impact of behavior or medication on your blood test results then you’re more likely to keep to the programme.

People don’t blood test because they (often understandably) don’t see the point of doing it. As Polonsky explains the results, “We not only saw improvements in blood glucose control but in well-being too. Those who tested understood the numbers, felt their interaction with their GP was useful and generally felt less stressed about having diabetes. They could perceive the usefulness of treatment as they saw evidence that the changes were making a difference.”

*Dr. William Polonsky, Associate Clinical Professor in Psychiatry, University of California. Author of Diabetes Burnout: What to do when you can’t take it anymore. Founder of the Behavioral Diabetes Institute www.behavioraldiabetes.org

**STeP study was sponsored by Roche and utilized the Accu-Chek 360 view tool.

Should we stop using BMI for obesity?