Feb 2011 newsletter feature: Pump Action (should you go on an insulin pump?) 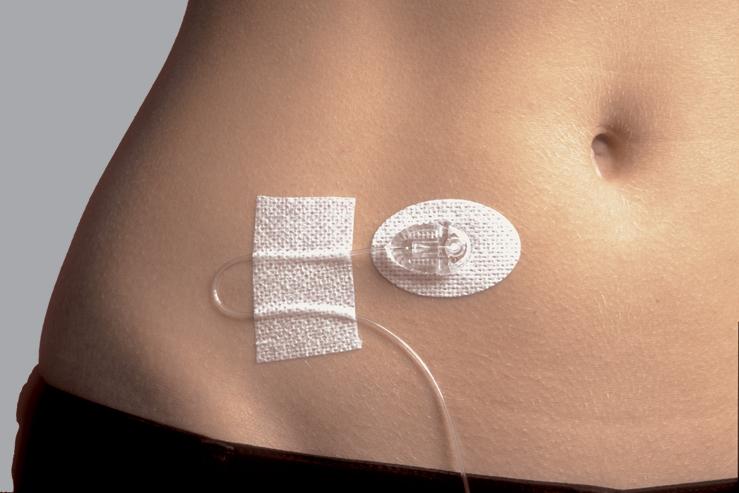 You’re never alone with a pump!

If you’re on insulin you will have been hearing about pumps for the last few years. Early uptake started to happen about ten years ago. Five years after that and some of us were meeting people on pumps and asking, ‘what’s it like?’ Here Dr David Cavan looks at the history of insulin pumping in the UK and whether a pump might be something that you’d want to get hooked up to. Literally.

David Cavan has spent the last 15 years as a consultant physician, committed to improving the management of type 1 diabetes.  At the end of the ’90s he realised that much of the care available was not terribly good.  As he recalls, “There was little information, even less education. Patients did not know how to adjust insulin doses or count carbohydrates, which was not their fault.  Even the BDA (British Diabetic Association, the Diabetes UK of its day) in its advice on diet, did not distinguish between type I type II diabetes, and said that there was not enough evidence that carbohydrate counting was beneficial, so it advised healthcare workers and patients not to bother with it!  We now know and have proven the opposite: that it is a vital currency — a way for people with diabetes to be able to gauge and exchange portions and doses.  Hence people who were taught to count carbs prior to the 90s were OK, the rest really weren’t.”

In order to improve self-management skills amongst patients with type 1 diabetes, he and his colleagues devised a structured education programme, which became known as the BERTIE (Bournemouth Type 1 Intensive Education) programme. The first course ran in 1999, for one day a week over four weeks and continues today in a similar format. At the same time insulin pumps started to creep back onto the scene. “These were the new generation of pumps,” he says, “the ones from the ‘80s really were hard to work.” While pump therapy was a great advance to many people who had struggled with injections, it became clear that in order to make best use of a pump, people needed to know about carbohydrate counting and how to work out insulin doses, and for the past five years, patients in Bournemouth are asked to attend a BERTIE course before starting on a pump.

While considering pump therapy, it is important to gain an understanding of whether and how it will benefit your control and then gaining some familiarity with the practicalities of pump therapy and then ensuring your knowledge and skills are up to scratch before you start using a pump. These days, many pumps come with bolus calculators on board which are an amazing help, but you still need to have the know-how to use one.  Most people need further support after they have started a pump and Bournemouth now run a year-long package of what he calls ‘intermittent skills improvement.’  Learning to get the most from the pump will involve some trial and error and it will require long-term support. Some aspects can be hard to get to grips with – understanding your personal insulin to carbohydrate ratios, for example. Insulin can work slightly differently in different people – we’re all individuals so your care and control has to be adjusted for your own needs. Hence, the more knowledge you have before you go on a pump and while you’re new to it, the better your long-term outcome is likely to be in terms of getting that all important control and acceptable HBA1c level.

Five years ago he and his colleagues launched an e-learning website in order to teach the skills necessary to enable people to manage diabetes more effectively, and to reach those who did not have access to a course at their local diabetes centre. Today the online course gains 500 new registrations a month and has been used by over 20,000 people from all over the UK and further afield. “It has totally free and open access,” he says. “We know that some people have been told to do the online course as pre-pump preparation”.

So, is the pump for everyone? “Not necessarily,” says Cavan, “Some people aren’t keen to go on a pump, perhaps because they don’t like the idea of being attached to a device all the time, reminding them of their diabetes, or because they don’t want to do frequent blood testing. Those susceptible to hypos are one obvious group of possible pumpers, others include the very insulin-sensitive and children. Another group are people whose daily life can involve unpredictability and variation of physical activity. For example, the changing activity level involved in coming out of your office to help with a warehouse delivery, can be very difficult to manage with injections. One you’ve had an injection, you can’t slow down its effect. A pump, on the other hand, can be put to ‘suspend’ or you can dial down your dose to accommodate that activity.”

“Within the NHS, people have to meet NICE criteria, which originally confined pump usage to people who experienced a lot of hypos. The guidance has now been relaxed so that anyone who struggles to achieve stable control on injections should be given the option of a pump.  However, when we are referred patients, we first have to go back to basics to see what knowledge they have – do they carb count? Can they adjust insulin doses according to what they are eating, or if they are going to do exercise?  We find that many problems with erratic glucose control can be down to lack of this kind of management knowledge. Learning how to be flexible with your insulin doses, for example by attending a BERTIE course, often enables people to get much better control with insulin injections so that pump therapy may not be not necessary.”

“However,” he continues, “If despite that knowledge, people still struggle to achieve stable glucose control or still have a high HbA1c, then going on a pump will be the best way forward and they will by definition meet NICE criteria for pump therapy.” 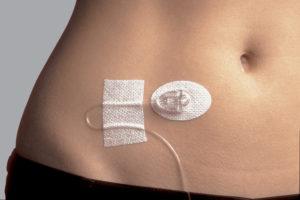 So, should you start asking about going on a pump? Dr Cavan says that you should first understand the realities of having a pump. You still need to blood test, it will not magically stop you having hypos, having diabetes or ‘feeling diabetic’. Plus, you do have to wear it all the time (with some short-duration exceptions like taking a shower or a swim) and you need to be fully competent in carb counting.

In Cavan’s experience less than 5% of the people who go on an insulin pump come off them. In his view, those most likely not to gain benefits in control are those who were not well-enough trained in their use from the start, or not willing to do regular blood testing.  Doctors do have to be accountable and they must be able to show an improved outcome for patients from the investment in pump therapy. Therefore, Cavan and his team discuss and agree goals with their patients, before they start pump therapy. These goals then act both as a commitment as a reference point.

Dr David Cavan DM, FRCP is a Consultant Physician at the Bournemouth Diabetes and Endocrine Centre, Royal Bournemouth Hospital. For more information about the Bertie course at Bournemouth see www.b-dec.co.uk.  The e-learning programme is at www.bdec-e-learning.com.  He also consults at London Medical for those who can fund their own pumps where he and the rest of the team provide training and support (www.londonmedical.co.uk).